Last year LG had established its steel with the launch of flagship Nexus models. This year LG will yet again make some noise by being the first manufacturers to provide their users the latest Android 5.0 Lollipop update.

This Lollipop OS has gathered so much speculation and anticipation from its users that it has been the head of the curve for all news. Now the tables have turned. Lollipop is here and we have it on the LG G3. Oh yes, we heard it right. LG G3 will be updated to Android Lollipop this week. Now it’s an anticipation of how the new OS is going to be. 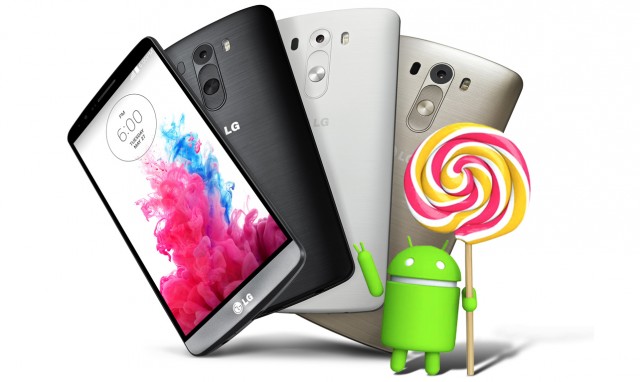 The LG G3 is pretty much the sledgehammer of LG phones. There is so much to it which makes it a wonderful phone. The camera, display and performance, it surely can make as the best phone in the market. Which is why LG is doing this with such an urgency.

LG is one company which never gave importance to providing updates to their users on time. It was always delayed and only delayed. Now that LG has superb phone in the lime light, it understands the importance of staying up to date. I mean what’s the point of buying the latest phone if I don’t get to use the latest soft-wares. It’s like buying a Ferrari and driving is on a pot-holed road. It doesn’t make sense. This move by the company is very significant because now the LG users have some ray of hope that it will provide them with updates quickly rather than their previous sluggish approach.

This update is scheduled to be first launched in Poland. However the company promises that the update will be made available to other regions as soon as possible. The chief of the mobile divisions of LG announced that providing this update to all the G3 users will be their first priority.

Videocon Group launched a new smartphone to its list Videocon Z55 Dash. The device is exclusively available on Flipkart. It is a part of Make in India initiative by Videocon….