Tim Cook takes Center Stage to announce the latest Products that Apple has to offer.

In an event themed ‘Spring Forward‘ Apple in an much anticipated event announced a series of launches.

With the Hyped Apple Watch at the very top of the rumour list. The event was kick-started with a series of updates how well Apple were doing in the market. Tim Cook, CEO of Apple announced that the iPhone has crossed a whopping 700million sales. Also, significant time was spent on how Apple will be launching the Research Kit which will be a game changer to Medical Institutes to help them out with their research.

The First product oriented update was about the Apple TV. Apple have dropped the price of Apple TV to a mere $69 dollars (Approx Rs. 4500) from $99. Also announced in this regard was an exclusive tie-up with HBO which launched their streaming service HBO Now, enabling you to stream your favourite TV shows via Apple TV. 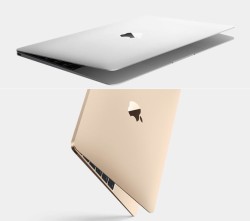 Next was the reinvention of the Macbook as Apple called it. The rumours did predict the announcement of it right. We have a beautifully thin and sleek 12″ New Macbook from Apple. Weighing just about 900 grams and as sleek as 1.31 cms this new laptop is a beauty. 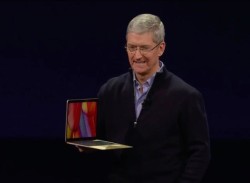 The Display isn’t average at all with a 12″ Retina 2304×1440 pixels. The Macbook keyboard and Trackpad has the all new Butterfly mechanism and Force Touch Trackpad which has Multitouch trackpad, with force sensors. The new 12″ Macbook aims to be wire free with 802.11ac WiFi and Bluetooth 4.0 are built into the notebook meaning there is are minimum wires with just one USB-C cable. The battery tops it up with an all day battery life.

Finally came the time to Announce the much awaited Apple Watch!

Apple had already showcased what was coming for the Apple Watch back in September while releasing the iPhone 6. The Apple Watch will be in three variants: Stainless steel, aluminum and 18-k gold. 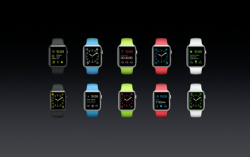 With your choice of watch faces to make the device on your Wrist stunning, One can also make and receive calls with the Apple Watch. Apple Watch tracks daily activity with respect to you’re exercising and your movement.

Make and Receive Calls with the Apple Watch.

There are new Apple Watch Apps too!
One can use check out Instagram, Stock Markets, Trends on Twitter, Sports Scores, Shazam and also call your Taxi using the Uber App. These are a drop in the ocean of the things once can do with it. With the Alarm.com App one can open doors remotely with the live feed being shown too.

One has to go to the iPhone to see apps, browse apps, and download apps for their Apple Watch. The Watch has an 18 Hour Battery to make sure you can use it for almost a day.

A peek at the #AppleWatch … #AppleEvent pic.twitter.com/klv3GFXdnY 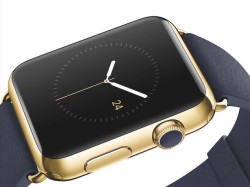 Note: The pricing will be higher when the Apple Watch comes to India due to Taxes and Duties.

Apple Watch will launch in several countries on April 10: Australia, Canada, China, France, Germany, Hong Kong, Japan, U.K. and U.S.
Apple will be working to get the Watch to other countries as soon as possible.

Closing, Tim Cook said,
“We continue to innovate, we continue to push forward. All of our energy is on making the best products.”

So what excites you the most about the announcements? Let us know in the comments below.