If you are one of those who are always whining about privacy then you ought to know about the Blackphone. This is the world’s first android smartphone which is designed keeping the privacy and anonymity in mind. 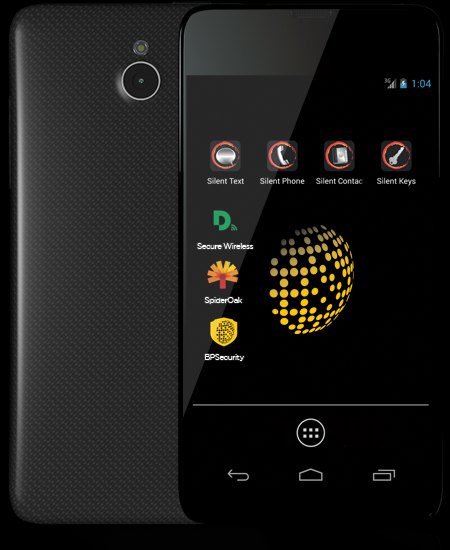 What makes the communication secure?

The Blackphone is built upon a custom version of android called as Privat OS. This OS let’s user control the data which the installed apps share with the outside world. The best part about the OS is that you can install almost any android app as you would do on a normal android smartphone.

It also comes with many other apps from Silent Circle and Blackphone for secure communication like:

You get 5GB of encrypted cloud storage from SpiderOak and a combo of anonymous browsing and VPN from disconnect.me.

Security and Privacy are the need of the hour and hence the Blackphone was born.

After PRISM surveillance program of the NSA came into limelight more and more people wanted something which respects their privacy and doesn’t sell their data to advertisers and intelligence agencies.

Here is a promotional video for the Blackphone

I know that the video is made to boost up the sales of Blackphones but it explains the need of privacy.

Privacy is every human’s birth right and Blackphone aims to give it back.

The Blackphone can run almost any android app because it has great hardware.

Interestingly, SGP Technologies chose not to mention the CPU used in the Blackphone. I’m guessing it belongs to Snapdragon 800 lineup. The reason for excluding support for microSD card obviously is security. They wanted to the phone to keep the data under its control so removable flash storage is a big NO.

The phone can be yours for $629 only(excluding shipping and local taxes) which is not too high a price for a phone which promises to keep your data safe.

Please do not think it to be surveillance proof. If you are terrorist or someone on the hit list of any big spying agency then they will turn every rock over until they find what they are looking for.

FYI– They have more than a billion dollars in funding for that.

The Blackphone should be able to keep your data real safe unless you are a high value target. Well, if you are, then get your own custom OS built and never say a word about it.

I think that the people behind the Blackphone have put in great efforts to make such a product available for general public. Just remember, your security and privacy lies in your own hands.You can have a normal phone in hand or a Blackphone.

The decision is yours.