Successor of HTC One called as HTC M8 or HTC One 2 is always in discussion. So we have spied on this phone from a long time. We have observed that there are loads of photos leaked of this phone. I guess this phone is making the history of many leaked images. 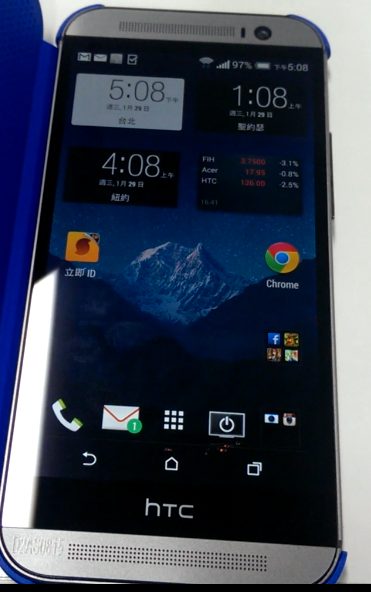 But this photo as per many experts claim to be the real deal by HTC. This image was spotted on an Hungarian Blog. We are sure that this image is not taken in Hungary, it is from Taiwan. Yes HTC manufacturer is from Taiwan, and we do feel that the photo was captured from there.

If we see the photo, there are various traditional Chinese characters used. This is a very important fact that this photo tends towards the true HTC One successor. If you can see in the image just right of the upper front camera there is an LED indicator. This should be for notification purpose.

This is new, an innovation from HTC which was not observed in HTC One. This is still an unconfirmed leak. We can expect the actual phone launch to be done in March. Till then stay updated on MobileJury.