Lava is aggressive in launching budget smartphones and now they have launched Lava Iris 406Q. Another addition in the Lava Iris series. The smartphone is priced at Rs.6,999. The phone is available for Pre-order from Flipkart. Let us see its features. 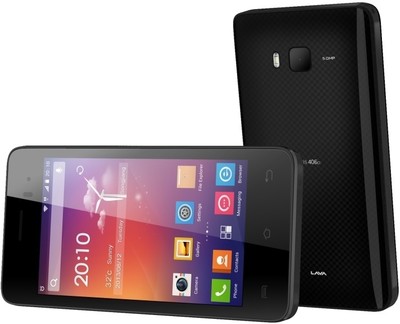 The manufacturer seems to be aggressive and we can expect more smartphones in the coming days. The backside of the handset looks nice. They have started improving the aesthetics of their gadgets which is a good sign. It is mentioned that this phone will get an Android Kitkat Update.

It has a TN(Twisted Nematic) display. It is a common LCD display which is found in watches and calculators. The phone is able to record 720p videos as mentioned by the company. Also the cameras of the phone have fixed focus.

If you like the features then you can pre-book Lava Iris 406Q now from Flipkart at Rs.6,999.

Karbonn seems to be ready this festive season. They are geared up with launching many new phones. Most of these phones are below INR 7,500. So they have already made…