Samsung has been a clear winner in the Android age. So when LG launched a phone that rivals the Samsung flaghip S4, everyone paid attention. The phone is not yet available in the flesh (or plastic) but here’s what we think based on the released numbers.

Important specifications at a glance:

The Optimus G2 hardware trumps everything present with a clear margin:

Galaxy S4 comes with a fake octa core processor. Fake in the sense that its actually just two quad core processors working in an either or fashion. So when LG says they have a quad core processor, its nothing inferior to the S4. The LG flagship runs at 2.26 Ghz while the S4 runs at a much more modest 1.6 Ghz.

The new entrant clearly beats the Samsung S4 and all other android phones in the market.

Now the more expert readers might question the Graphics side of things. But LG seems to have taken care of that rather well. The Adreno 330 is again a heavyweight compared to the other manufacturers offerings. So another win for LG.

On the RAM side, it has a 2GB DDR3 equipment. In non geek terms, it means that the phone is going to operate quite nicely in terms of speed. This is not as much of an improvement over other phones, but coupled with the Processor and the GPU, it should trump all others. 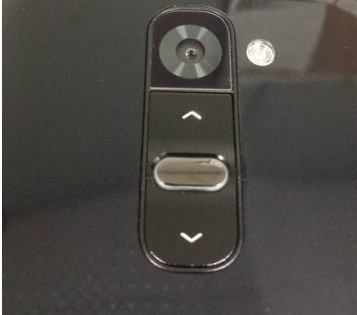 The phone features a 5.2″ screen, which means its going to be big in your hands. A thing LG has done differently is the volume key being placed below the back camera. This radical placement needs to be tested but our preliminary (and crude) testing shows that the placement is well thought out.

Here is a Video showing the use of the key. No audio present, dont bother fiddling with the volume.

Manufacturers often forget that a brilliant phone with poor pricing is bound to be a flop. We will have to wait and see how LG prices this phone. They have to be aggressive about it or risk loosing a phone that shows some real promise.

I remains to be seen when LG launches this phone in India, and at what price. LG has to not only beat the S4 at price, but also overcome the formidable brand image Samsung has built in the Indian market.

It is crucial for the phone to be prices aggressively to be a hit in the Indian market.

Let us see how things pan out. We will try to get our hands on this phone as soon as possible for  a full in depth review.