On November 13, Motorola launched Moto G, a smartphone that sharply resembled the Moto X. The phone was neither feature rich nor did it have the high-end specifications of its elder brother. What was special about the phone was its price. 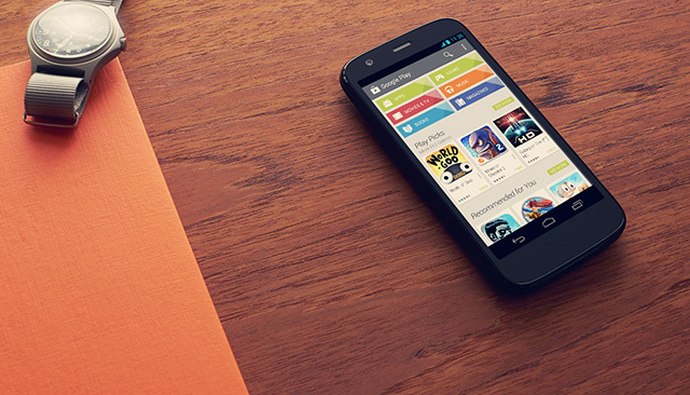 Google owned Motorola has priced this phone at $179.

Moto G would mark the re-entry of the Motorola in the Indian markets when it launches in January 2014.

Google also plans to launch a dual SIM variant for India. This could possibly be a big leap for the company as it competes with the otherwise highly competitive budget smartphone market of India.

Moto G would not only have to compete with the entry level Nokia Windows Phone and the Asha series but also with the local smartphone manufacturers like Micromax, Karbonn, Xolo etc.

Google has made it amply clear in the past that it wants people to migrate to Android ecosystem and the effectively priced Nexus line-up is an example of that.

The idea with Moto G is a bit different though. With the Nexus series, Google offers Tablets and Smartphones with high-end specs at comparatively low price. But the Moto G is clearly an entry-level smartphone meant to capture the attention of the consumers in the developing countries like India.

Moto G is surely going to tickle the Indian market. It is a bit cheaper than the flagships of the Indian manufacturers but slightly expensive than the entry-level windows phone and the Nokia Asha series.

Moto G is something that both consumers and other smartphone manufacturers can’t ignore.

What do you think about the device?
Do let us know in the comments section below.

This is a guest post written by Karan Khurana. You can get in touch with him on Google+.

It seems that the era of curved display is going to start. In an event in Seoul, Korea Samsung mainly showcased Galaxy Gear and Galaxy Note 3. But there itself…