It is not even a year since the announcement of Samsung Galaxy Gear smart watch and Samsung has announced the next and improved version of its Gear. Samsung Gear 2 does not have a Galaxy prefix this time though as it runs on Tizen OS. 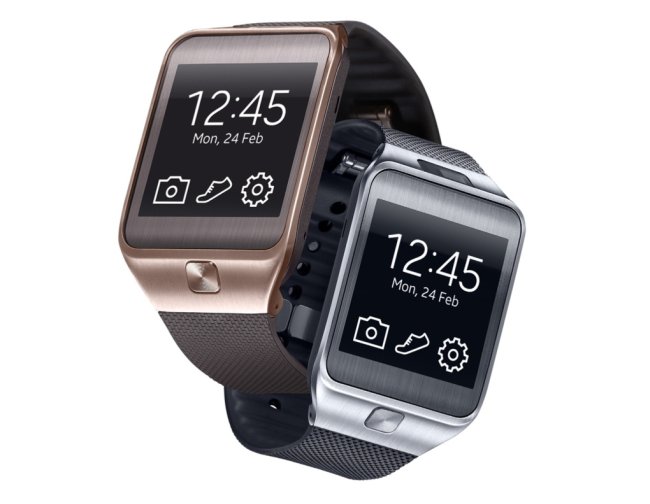 Samsung has still not disclosed the reason for dropping the Android OS but we guess that they did it for reducing their dependence on Google’s Android OS.

The smartwatch comes in 2 variants- Samsung Gear 2 and Gear 2 Neo.

Samsung also claims that the Gear 2 has better battery backup than the Galaxy Gear.

Well, let’s hope that they are right. Battery backup was one of the main reasons for the famous failure of Galaxy Gear.

You can answer calls, check notifications and also stream audio over a Bluetooth 4.0 connection. The presence of a heart rate monitor makes it a good work-out companion.

A 2MP HD camera is present on watch frame itself making the strap change possible. The Gear 2 smart-watches comes with 3 interchangeable straps- black, brown and orange.

The absence of any camera on the Grand 2 Neo makes it loose some weight and stand at 55g only. The IP67 certification makes the watch ready to take on your daily challenges without any worries. 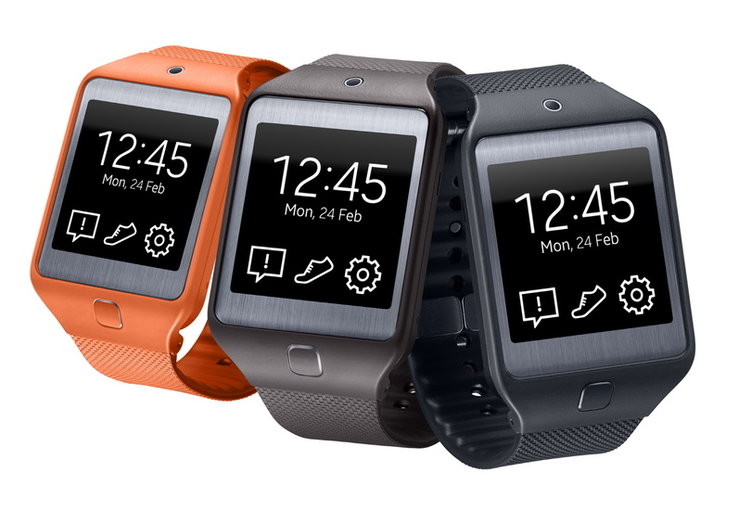 Both, Gear 2 and Gear 2 smart-watches will make their global debut in April. Their price is still not announced but we expect it to be cheaper than the original Galaxy Gear smartwatch at $300.

How much would you pay for this smart watch?