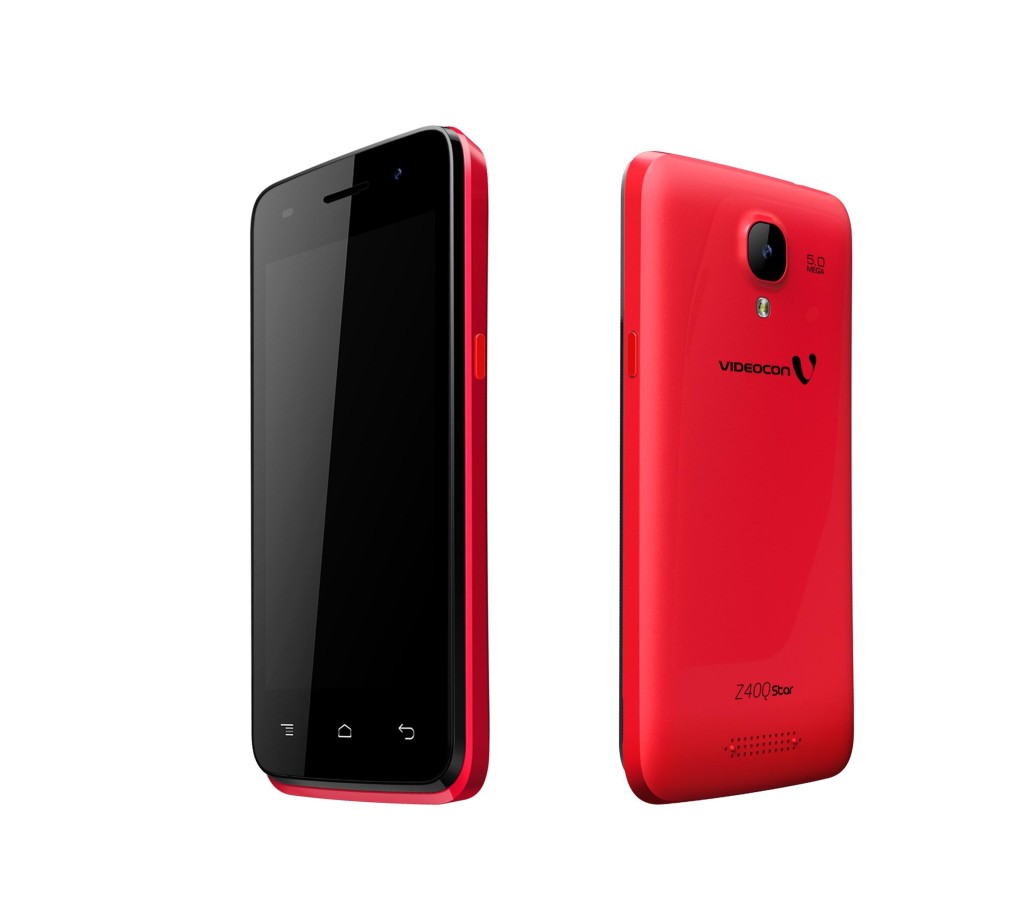 Mr. Jerold Pereira, CEO, Videocon Mobile Phones says, “In line up to the ongoing Digital Revolution in the country, Videocon is determined to introduce consumer-focused devices which are high on style and cost-effectiveness. With our superb smartphone range, we ensure that the varied needs of new-age smartphone users are being fulfilled indigenously.”

The Videocon Z40Q Star is the budget category device that features a 4-inch WVGA Capacitive Touch Screen and it comes at a price point of Rs. 4499/-

The Latest Videocon Z40Q Star runs Android 4.4 KitKat OS and the device comes with 1.2 GHz Quad-Core Processor. Also with 512MB RAM and 4GB ROM the Z40Q Star features a 5MP Auto-focus rear camera and a VGA Front Camera. The phone is powered by a 1500 mAh battery and is a 3G enabled device. This phone comes in colours of Blue, Red and White.

The Videocon Z50Q Star was also released alongside and comes with better specifications compared to the former phone with a 5-inch FWVGA Capacitive IPS Screen. This one is priced higher at Rs. 5,999/-

This device too runs Android 4.4 KitKat OS, and also has a 1.2 GHz Quad-Core Processor. The device has an upgraded 1GB RAM to the former phone and 4GB ROM. The phone also has a 5MP BSI Auto Focus Rear camera and a 2MP Front Camera for seemless Video Calling. The Battery is bigger at 2000 mAh.

The phone is available with apps such as the V-Safe app, a safety tool designed for women, Elderly people & children for security purpose in any Emergency or Panic situations along with V-Secure mobile security app to protect the device against malware and malicious apps.

Overall both these phones will face very tough competition in this category as there are several other brands selling phones with similar specifications at lower prices.

We give a comparison of both the phones:

Micromax launches another smartphone from the Bolt series. This time Micromax Bolt A66 gets launched for Rs. 6000. The rumored specs got true and they have listed this phone on…