The device is marketed to be having 5″ display, 5MP front camera and a 5MP rear camera. Microsoft gives a bundle of all the Microsoft services like Skype, Bing, Office, OneDrive, Outlook, etc. free, along with these devices. 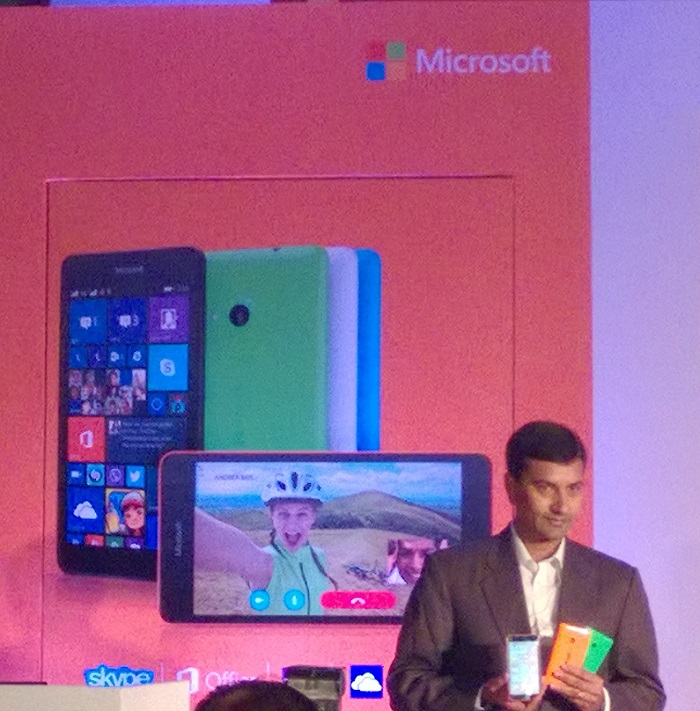 The device looks similar to all the previous Lumia devices, but with one new update- the Microsoft logo. The device comes with Windows Phone 8.1 with Lumia Denim out of the box.

The latest Lumia Denim comes with a host of new features in Windows OS.