Sony Xperia Z is an expensive and beautiful smartphone from Sony which hit the markets having water resistance as its USP. Katrina Kaif, the brand ambassador of Sony Xperia flashed it on TV channels promoting the Xperia Z.

Xperia Z has 1.5GHz Krait 200 Qualcomm processor with 2GB RAM & Adreno 320 GPU. It has a 5 inch Full HD display & ~13MP rear camera. Find out more if this flagship device stands to the promises. 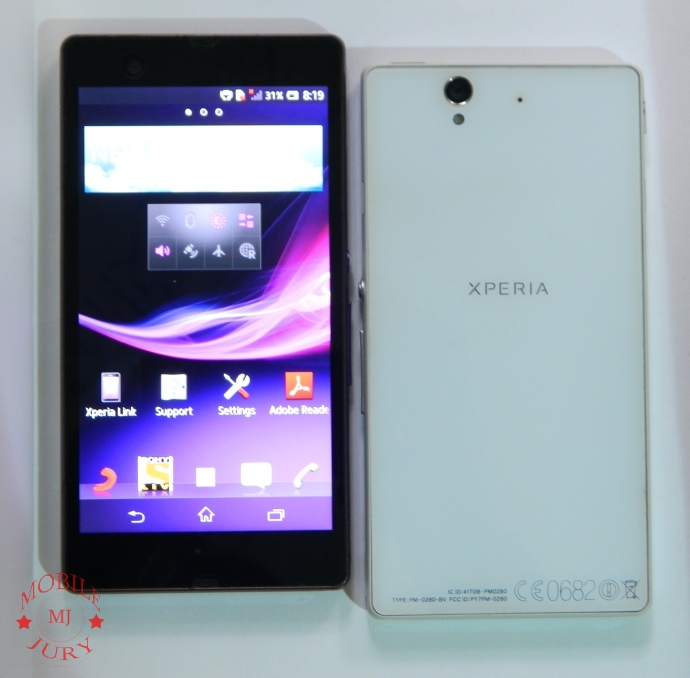 i. Design: The Delicate Swimmer

The first impression on the Sony Xperia Z is a slim metal box with a glass coating. Sony came out with an innovative design with edgy sides & the corners without those regular curves.

Inspired from iPhone 4S & the Nexus 4, the Xperia Z is attired with a glass surface in the front & the back. This gives a beautiful looks to the smartphone but mind it!

The glass gets smudged up with your fingerprints very easily.

You will always have to keep a micro-fibre cloth (used to clean screens) handy. If you work in a kitchen then please flush out the thought of buying this phone.

The back panel is non-removable & the ports on the sides are covered with flaps to give it a water-resistant property. Even the earpiece & the speaker are covered with a thin transparent layer to avoid water from percolating inside.

There is a difference between Water-Proof & Water Resistant

Sony claims the smartphone to be a Water-Resistant phone & not a Water-Proof phone. I have seen people calling it a Water-Proof device. They should try this- “Swimming for an hour with Sony Xperia Z”.

The manufacturer states that the phone can stay inside water for a maximum time of 30 minutes & a maximum depth of 1 metre provided all the ports are closed. The phone is designed to withstand these limits.

Is this useful? Yes, of course! If you drop your phone in the toilet then you can assure no harm to your phone if you pick it up in time at the cost of your hands getting filthy.

The screen isn’t shatter-proof; it is FRAGILE.

After doing a research on the web & hearing grievances from my friend, I am disappointed with the build of the device. There are numerous complaints on the phone getting a crack on the screen even without applying pressure on the screen.

The service centre says that the screen is not replaceable so you’ll have to pay Rs. 20,000 in order to replace the phone. Sony has gone crazy.

A good try from Sony, but in the end- A Disappointment.

Back side- Sony Xperia Z

Sony Xperia Z comes with Android 4.1.2 JellyBean out of the box (instead of 4.2.2). The UI is customized with Sony’s Bravia Engine 2. You can customize your home screen, lock screen & even select a different theme from a bunch of predefined themes by the manufacturer.

Overall, the UI is very smooth to operate. The transitions & the animations added are as expected from a flagship device (better than Galaxy S4).

A very good feature by Sony- you can adjust the white balance by customizing the Saturation & Hue from the display settings.

The phone has a light sensor which will guide the brightness on the screen. The reflection on the screen is too much & hence you’ll need the auto-brightness feature always on.

The corners of the display could be reached using a single hand but at the cost of losing the grip. Viewing angles are amazing even at the horizons.

Everything goes perfect as you expect in a flagship device display, except the critical screen shattering problem. I would like to END my review here by advising you to dump your desire to buy this phone.

[Huh! My Team wanted me to complete this Review. So hang on!]

Typing in landscape as well as portrait mode is as easy as expected. The keyboard has many customization options (check out the screenshots).

The swipe (or continuous input) feature works good leaving trails according to the colour of theme you’ve selected. The prediction options are good & it comes out with personal dictionary to add up user-defined words. 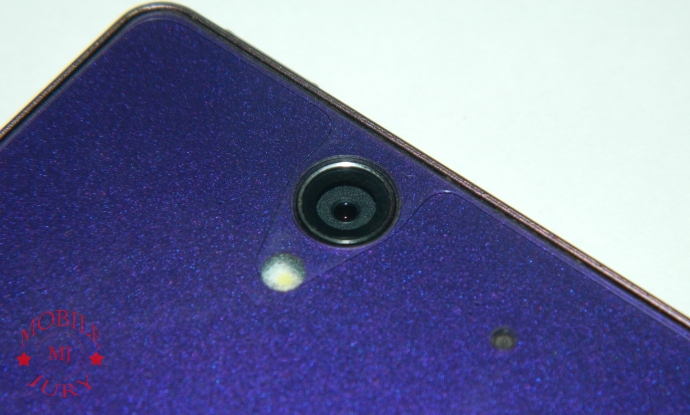 The UI of the camera is way different than the stock UI. It will take short time for you to get acquainted but soon you’ll love it.

The rear camera of the flagship device does not disappoint you at all. The camera is rich in features (some useful, some not).Check out the Camera UI in the images below.

The Superior Auto mode automatically corrects the image, no efforts required. HDR images turned out to be striking. The panorama stitches the images well but distorts the overall view.

The burst mode can capture upto 1000 pictures at the rate of 10 pics every second to flood your memory. 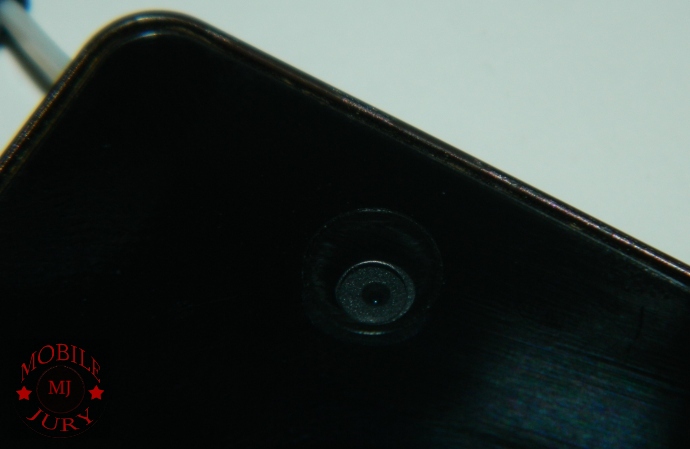 It has 16x zoom but the colours are retained only upto 4x zoom. Beyond the point, you’ll start losing the picture quality. The front has a 2.2MP Exmor R camera that could be used for video calling or self-photography.

The rear camera can shoot 1080p videos @30fps. An interesting feature added to the list is the HDR video recording. Now it is possible to record HDR videos. I like it. 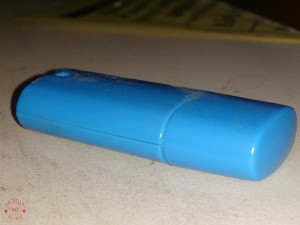 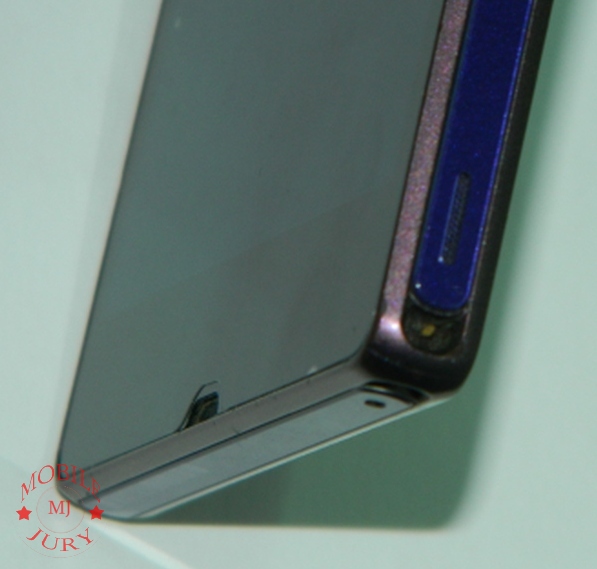 Sony has always taken care of providing good audio levels to its users. I was one of the fans of the famous Walkman series. But this phone again disheartens me. The audio levels are very very low. It gave me a second thought-

Is this really a Sony smartphone?

Simple reason to this- The speakers are to be protected from water, hence it is covered with a thin plastic layer which results into occlusion.

The music player is given a custom touch. It has shuffle, repeat & a bunch of equaliser options. The Visualiser looks good. It does not support .aac format in music play. The gallery of the phone uses File Commander App which has a beautiful UI.

The video player is also given a better custom touch. But with the low audio, the fun is ruined. Sony Xperia Z supports video play up to 1080p. However, it does not support .mkv & .flv format. If you are a movie buff, then this makes your decision clear.

The processor speaks for the performance of the device & in our tests it proved out to be true. The phone passed our multi-tasking tests with microscopic lags in the UI. The only problem was with the heating of the device. The back panel gets heated up very quickly. It looks like Sony has not taken sufficient efforts to take the heat dissipation into account while designing the Xperia Z.

The device is low on audio levels. There is a notification light in the top left corner above the screen. There is no different volume control for ringtones & volume; both are integrated together.

Xperia Z has a 2330mAh Li-Ion non-removable battery. It can last slight more than half a day with heavy usage of the phone (Video, Wi-Fi browsing, 3G, calling, messengers, music, GPS).

The manufacturer did not take care of heat dissipation from the phone. The phone gets heated up every now & then- watching videos, game play, camera test, benchmark test, etc. 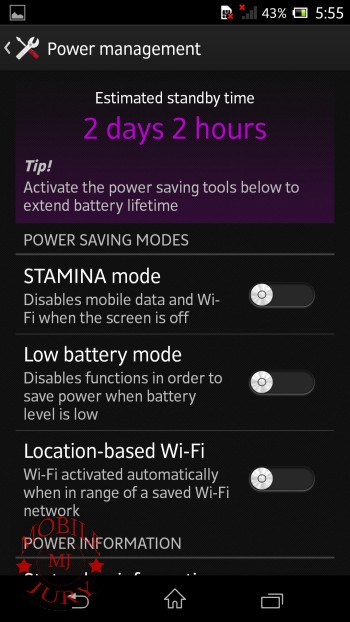 Sony Xperia Z is good at camera & the performance, but the battery disappoints us with the heating up. The water-resistant property has some conditions to be taken care of.

Overall, the smartphone has great looks but loses points on the breakable display & a poor response from service centres. This verdict is most simple for me to write. I would recommend not buying this phone.

This is one of the most exciting news which you will come up today. According to a report from Vserv, 90 percent of Indian mobile internet users are men. The…