Apple iPhone 6- one of the most anticipated phones of the year is now official! Apple’s CEO Tim Cook took to the stage in Cupertino and announced the latest iPhone 6 & iPhone 6 Plus amongst the gathering of tech reporters and die-hard Apple fans.

Apple has under a huge pressure from its users to launch a bigger iPhone and the company has finally given in to the customers’ demand. Apple is now launching two phones each year. Last year it was iPhone 5s and iPhone 5C, and this time it is iPhone 6 and iPhone 6 Plus- Apple’s first phablet device. 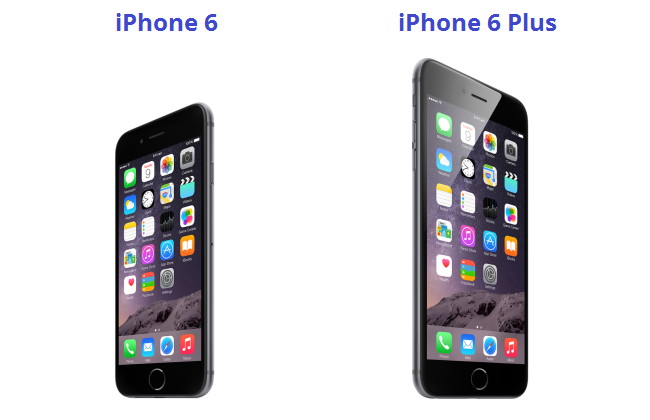 The rumour mill has been spitting out a lot of clues about the iPhone 6 having a 4.7 inches display. And, those rumours have turned out to be true.

We have written this article especially for the Apple fans waiting for iPhone 6 in India. We know that you waited a long time for the official launch, and have probably read all about the new iPhones at other websites. That’s why will not discuss about its features and specifications in details.

We will only help you decide whether you should upgrade to either Apple iPhone 6 or iPhone 6 Plus, or go for an Android.

So, here are some of the most interesting features of the iPhone 6 and iPhone 6 Plus:

It is the most talked about feature of the latest iPhones, stands at 4.7” and uses IPS LCD technology. It doesn’t pack a monstrous resolution like the latest LG G3, and the Samsung Galaxy Note 4, but they are great to look at.

Apple is also following the latest trend followed by Android manufacturers of launching flagship phones with much better hardware than the previous model.

Apple has also improved the specifications sheets of its latest iPhone by equipping it with the A8 chip based on 64-bit architecture and built around 20nm fabrication process. Apple also touts its CPU to be 25% faster and GPU to be 50% faster than the previous chipset.

This chip is obviously more power efficient than the older A7, but unlike the increased processing gain over the last generation of chip, Apple hasn’t released any official percent gain about the power efficiency.

The new M8 motion coprocessor now comes with barometer too. This coprocessor is used for fitness apps.

Both iPhones have an 8MP primary f/2.2 camera sensor having a pixel size of 1.5 um. A dual-LED true tone flash is also present to make object retain their colour composition when a flash is fired for capturing the image.

This 8MP camera can now capture 1080p videos at 60 fps and HD videos at a staggering 240 fps. There has no change in the front camera which is fixed at a lowly 1.2MP. We are expecting it to be 8 or 16MP but we would always prefer more details.

Surprisingly, Apple has chosen to ignore the evolving trend for taking selfies, and has made no change to the front camera.

The iPhone 6 and 6 Plus comes with usual set of features like having an oleophobic coating on the display, a fingerprint scanner, 4G-LTE support for India, etc.

These are also the first iPhones supporting NFC allowing to securely make payment via your smartphones.

Apple has for some unknown reason chosen to not launch the highly popular 32 GB version of its iPhone.

Considering the fact that we used for the above calculations, the actual market price for iPhone 6 Plus should start from Rs. 68,000 and end up at something close to Rs. 84,000.

Release date of  iPhone 6 in India

These iPhones will be officially available in India from October 17, 2014.

Should you spend your hard-earned money on the latest iPhone?

Technically speaking, not much has changed in the latest generation of iPhones. The only major change is the increment in screen size. So, if you have loved iPhones since the beginning but never bought them just because they had a tiny display, then this is it. These are the most modern iPhones. And they support 20 LTE bands, NFC, and a faster Wi-Fi 802.11 ac too.

You should expect to see some drop in the prices of iPhone 5S in the market. Its 16 GB model now costs less than Rs. 40,000 in India as of now. The price will go down even further by the end of October.

Wait for a month and buy iPhone 5s.

The market has a plenty of worthy alternatives to the Apple iPhone 6 and iPhone 6 Plus.

Alternatives to iPhone 6 and 6 Plus are:

None of the above phones will cost Rs. 60,000 and will be upgraded the latest Android L in a few months. You will get better hardware and will also save a few thousand rupees. You can then spend the remaining amount on accessories and high-speed data plans.

The fastest Class 10 32 GB microSD cards supported by most of the above phones start at Rs. 1100. Buy it now.

We all like to install a lot of apps in our android smartphones. We just keep on installing new apps till our phones run out of memory and beg to…