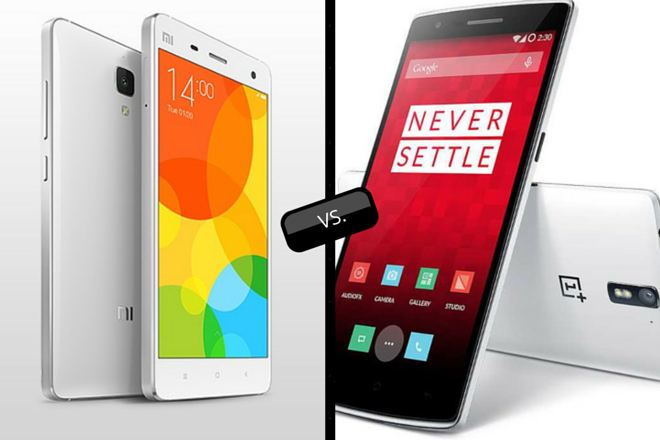 Mi 4 vs OnePlus One

Xiaomi Recently brought the much awaited Mi 4 to India at a cost of Rs 19,999/-. While, OnePlus did launch their revolutionary OnePlus One phone at Rs. 21,999/- which showed that how top-class flagship phones can be made at a great cost. Both these phones have a great similarity when making a comparison battle with the Mi 4 vs OnePlus One. We will now compare both these similar phones to see which is better and has more value for your money.

We will first talk about the Brand as Both these brands are relatively new and start-ups.

Xiaomi, headquartered in Beijing, China was founded in 2010 by serial entrepreneur Lei Jun, who believes that high-quality technology doesn’t need to cost a fortune. Xiaomi in fact released their first phone as late as 2011. Since then there has been no looking back. In end of December 2014, Xiaomi became the world’s most valuable technology start-up after it received US$1.1 billion funding from investors, making Xiaomi’s valuation more than US$46 billion.

OnePlus is a very very new start-up, founded just in December 2013. Pete Lau who worked previously at Oppo, founded OnePlus and it has achieved great success after looking at the fact that it’s just a year old. The great demand for the OnePlus One phone throughout the World is phenomenal. OnePlus entered into an non-exclusive agreement with Cyanogen in February 2014 (that covers the entire world excluding China) to use the custom ROM vendor’s branding and software on the OnePlus.

The Xiaomi Mi 4 runs on Android but it has its own customized skin called the MiUi. The MIUI is Natural and intuitive that has workflows and several customizable features which you can make a very good use of the phone.
OnePlus One which runs Android on Cyanogen Mod 11S is one of the best ROMs available. It has an amazing developer community which keeps the phone relatively bug free.
Some of the great features are that its Bloat-free, Customizable and Open. 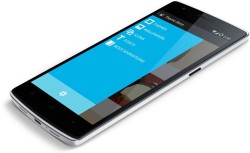 Overall as far as OS of the devices are concerned MiUi is user-friendly and intuitive and Cyanogen Mod if very customizable and useful for the fact that you can control every aspect of your phone.

The Xiaomi Mi 4 comes with a 5″ screen while the OnePlus One comes with a 5.5″ screen. Both the phones have a Full HD display screen with a 1080×1920 pixels resolution. In the case of ppi (pixels per inch), the Xiaomi Mi 4 comes out on top having 445ppi. This means that the phone display will be more crystal clear.
That being said both phones have a great display overall. 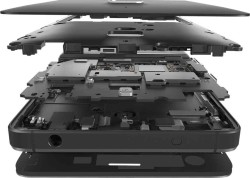 Both phones have similar processors

Both these devices are made to compete with the Flagship devices of any competitors brands. That assures that both the Mi 4 as well as the OnePlus One are high-performance devices. They have similar specs with both Mi 4 and OnePlus One having a quad-core Snapdragon 801 processor which clocks 2.5GHz. They also have a flagship level 3GB RAM which will insure high performance.

Both phones have an amazing camera. They also have several add-on features equipped along with the device. The Xiaomi Mi 4 has a 13 MP camera, it comes with features such as one can change the focus of the picture after clicking the photograph. One can use filters while shooting a picture as well as one can shoot 4k Videos. 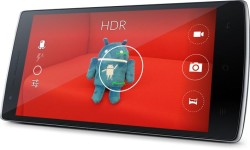 The OnePlus One camera also has a 13MP rear camera and 5MP front camera. The Camera App is gesture-based. You swipe up and down on the screen to select modes, rather than pressing an on-screen button as you do in many other phones. Videos can be shot in 4k @30fps as well. Also videos in 720p@120fps can be shot.

These phones as you may know are extremely difficult to buy. Xiaomi has weekly Flash Sales starting on Feb 10, 2015 on Flipkart while OnePlus One sells its phone on Amazon.in through a convoluted invite system. The difficulty in getting these phones are a reflection of the popularity these phones have and also that as these companies are new they don’t have the necessary economies of scale to match the demand.

These phones are are evenly matched in terms of specifications, and there is a little difference in price as well. The Mi 4 however lags behind the OnePlus One as it has downsides like, less internal storage, and lack of 4G network. Both are also difficult to purchase.

Do you prefer a phone customizable according to you specific needs? We’d suggest you go for the OnePlus One. You want a phone with an easy to use and simplistic interface? The Mi4 is a best bet for you then.
It’s best you see what you actually like in the features of these phones rather than buying these phones based on their Specs as they are very similar.

Overall, The OnePlus One is the Winner.

Buy the Xiaomi Mi 4 here
Buy the OnePlus One here

Mi 4 vs OnePlus One Comparative Specifications:

You can write to us so we can help you choose a phone that is best for you!
Click here

Samsung has just sent invites for its next unpacked event 5 at the MWC in Barcelona on 24th Feb. Samsung has remained very quite about its next flagship model- The…