Before I get into the core of this article allow me to take you way back to the year 2010. It was Summer when Apple Inc. proudly launched their next flagship phone, the iPhone 4. Its main USP was its retina display having a pixel density of 330 PPI. 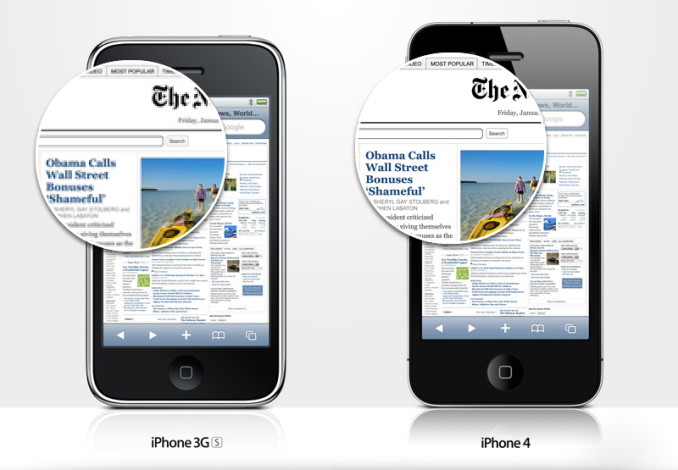 A small illuminated area on a display. Many pixels in horizontal and vertical dimension form an image.

In a colored display each pixel is made up of 3 independently controlled sub-pixels which are R (red), G(green) and B(blue) namely. These are the 3 primary colors and can be used for making any color.

The screen resolution in digital displays is the number of pixels displayed in each dimension (horizontal and vertical).

In context to computer displays, pixel density is the measure of pixels present per unit area.

PPI is the abbreviation used for Pixels Per Inch.

Diagonal pixels= Square root of the sum of squares of width and height in pixels.

How PPI became the buzz word?

Since then every mobile phone manufacturer in the world has found itself in a tight PPI race with other manufacturers. The android OEMs soon came up with phones having nearly same or somewhat more PPI as the iPhone 4 but the race didn’t stop there.

I’ll try to keep things simple here. If you are willing to dig deeper then read this article on pixel density by Joshua. He has done a commendable job at explaining such a complicated concept in relatively simple words. Now that you are back here, let’s proceed further.

Why Apple termed the display on iPhone 4 as a ‘Retina Display”?

Do you remember the hype created by retina display of Apple iPhone 4?  There is a reason why Apple chose to settle at a pixel density of 330ppi. Apple uses arcminute as a measure to classify display as a retina display.

Actually humans have a practical resolution in the range of 0.8 (children) to 1(adults) arcminute.
Children have better resolving power than adults and 0.8 arc minute also means 375 ppi for a display held at a distance of 10-12 inches from the eyes.

0.5 arc minute is the biological upper bound for the human eyes for resolving 2 lines as separate lines on a display which is held 12 inches away. This also means a pixel density of 600 ppi. Going beyond that will have no effect on the perceived clarity.

There is a clear increase in the sharpness of an image being rendered on the display when going from 330 to 450 ppi approximately. Going any further would have almost no effect on the sharpness perceived by human eyes. If the OEMs choose to cross the 600ppi mark for a smartphone display then it would be purely for marketing purposes.

Like I have mentioned above humans eyes can find the graininess in smartphone display up to 450 PPI. The biological upper bound is 600 PPI and to find out the difference in sharpness between a 450 and 600 PPI display eyes with perfect vision are required.

We have prepared a pixel density table for estimating the sharpness of phone displays. Display sharpness cannot be judged only by checking the PPI count. Many other factors play a significant role in making a display look sharp and vibrant.

This table is based on our observations and experiments. Use it at your own risk.

Selecting the best phone for your requirements based only on PPI count.

If the phones in your shortlist have similar display tech (TFT LCD, IPS LCD, LED, AMOLED, Super LCD etc) and same protection from scratches then you can use PPI count for selecting phones best suited for your needs.

Check the next post in this series for in-depth information about types and technologies behind different kinds of phone displays.

Most of the mid-range smartphones from local manufacturers have pixel densities in the range of 200-300 PPI. I feel that for reading ebooks and browsing web, a phone with a pixel density of ~250 PPI would be okay. If you like a watch loads of movies and video songs on your phone then you should get a phone having a 300+ PPI display.

When the PPI count becomes an overkill

Now you know that paying more money just to get a phone with higher PPI display is a waste. Let’s understand how.

The resolution of any computer screen is limited by 2 factors. The hardware of screen itself and the video card feeding the data to it.

Role of a Video Card

The main job of a video card (on-board or discrete GPU) is to deliver data (sub-pixel values) to each and every pixel on the display. More number of pixels means more work has to be done by the GPU.

Extra work means more energy is consumed by the graphics card. This means that the battery will drain faster and hence will lead to more heating issues.

Technically speaking much energy difference is not involved when going from HD to full HD displays but when we talk about the latest 2K displays (2560×1440) then things become a little complicated.

With the current generation of circuitry and display panels (IPS or AMOLED) this transition means significant increase in power draw. The phones sporting such displays have the strongest chipsets but what about the batteries?

There hasn’t been much innovation in the battery technology since many years. Battery manufactures are only trying to cram in more milli ampere hours (mAh) into the batteries. The smartphone manufacturers on the other hand are busy designing slimmer phones with larger batteries.

Generally with the technological advancements we get one step closer to making a perpetual motion machine. We all have observed that the newer electronic goods are more efficient than the older ones. Alas, this will not hold true for the latest smartphones at least for the next couple of years!

The main hurdle in the path to achieving superb battery backups from the smartphones are us- the users and the manufacturers.

We, the users are crazy about the display clarity and PPI count so much so that we buy a phone with higher PPI display without even giving a second thought about its battery backup. The manufacturers hence find little motivation for creating phones with great battery backup. They just keep thinking about installing higher resolution display into a phone of smaller dimensions and same battery as the old one.

Possible resolution at this point of time

If the phone manufacturers stop focussing on the PPI race then the battery backup will keep on improving with the advancements in the chip architecture alone.

The innovation in battery technology in future will add more usage hours to the battery but till then we have got to stick to full HD displays.

Say NO to 2K displays

Which PPI range best suits your requirements? Do you think that full HD displays are more than suitable for anything?

The Taiwanese companies have been spitting fire lately. HTC got back to its senses and said that it will focus on mid-range devices too and recently they have announced HTC…