Apple has announced a great feature for cars. It is Apple CarPlay. This is a car interface which will help the user a lot while driving. Say bye to GPS navigators and say hello to Apple CarPlay. Some of the features of the Apple CarPlay are revealed. 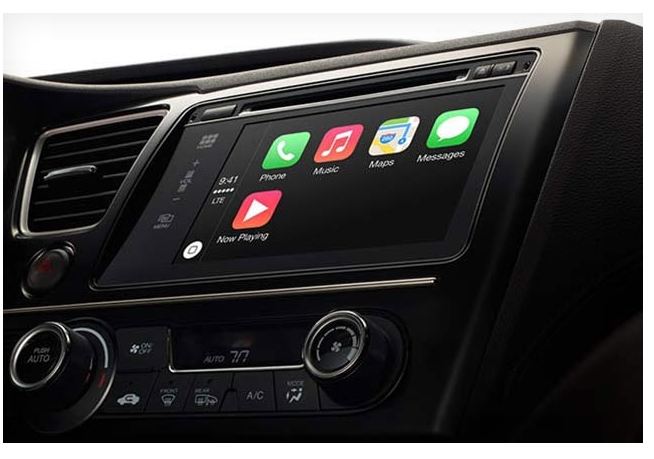 You will be able to integrate your Apple iPhone with your car. This will allow you to access your phone with ease. You can make commands using your voice or manually using the interface. You can make and receive voice calls, Siri can be used to do a lot of things.

The most essential feature is Apple Maps. It will guide you throughout your journey as per your demand. It will also show the map for the user in the display. Also you can listen to podcasts, music and lot of things using your car`s speakers.

Apple CarPlay is set to roll this year with major brands like Ferrari, Mercedes-Benz & Volvo. The cars from these brands will be the first to have this awesome feature in-built in their cars. The vehicles will be announced in the Geneva`s International Motor show in which you will be able to use this feature.

Apple CarPlay is also going to be coming in these brands soon:

Apple CarPlay is exclusively available for iPhones which are having Apple iOS 7 and with Lightening connector. So Apple iPhone 5, iPhone 5C & iPhone 5S are compatible for the Apple CarPlay to be used with ease. We will keep you updated about this in coming months.

Till then stay tuned on MobileJury

Another new smartphone which is launched at a price of below 10k INR. The smartphone was listed on their official website earlier this month. Now the phone has been launched…