A big news for Apple fans. Now Apple iPad 2 is discontinued from the Apple Stores. They replaced it with 16GB Apple iPad 4. It seems that people had no interest to buy the Apple iPad 2 at this price. 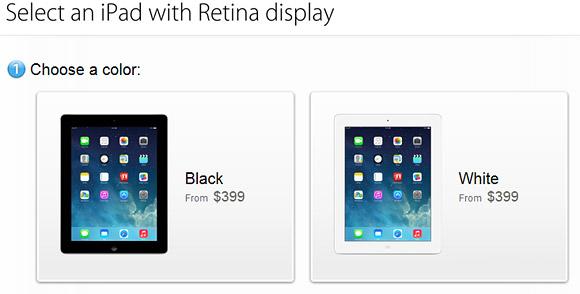 The price of the Apple iPad 2 was very high $400 by seeing its hardware at this date. Replacing it with the iPad 4 is a good idea by Apple. It has a retina display, lightening port and also a modern chipset. The tablet is available in White and Black colors for $400 in a 16GB Wi-Fi only version.

Customers also have an option for the Wi-Fi+LTE version which is priced at $530 for major US carriers. Now we have noticed an interesting fact. The old 30-pin adapter is now phased out except the iPhone 4S. Now Apple will be happy to have a unified charger for its devices.

So now it will need one adapter instead of two. We will keep you updated about such events. Till then keep reading MobileJury.