A new budget smartphone from Celkon has been launched. It was listed on an e-commerce site and now it is also listed on their official website. The handset is priced for Rs.2,999 and it is a Kitkat phone. Let us see the features of this smartphone. 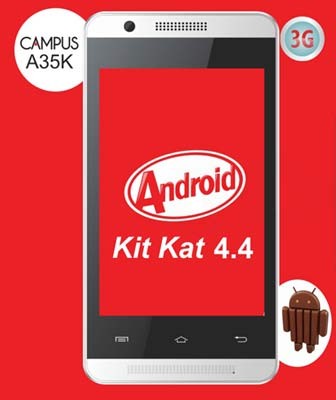 The smartphone`s image was posted on the company`s facebook page and then later on listed on their official website. Still the chipset and the number of cores used by this handset is not yet mentioned. The so called internal memory of 512 MB out of which only 150MB will be available to the user.

This light weight phone of 102 grams might not be that good in performance. Still it has all the basic amenities of a smartphone. This is one of the cheapest Android Kitkat smartphone available in the Indian Market.

Spice and Intex are also looking to launch smartphones with a price tag of under 3K INR. But they will launch it with Firefox OS. We will keep you updated about such launches. Till then stay tuned on MobileJury.