So Elife series will have a new member. The 5.5 is not the screen size but it is named after the thickness. Yes the phone is 5.55mm thick. So company believes that this is the slimmest phone. This is the USP of the phone without any doubts. Let us talk about other features of this phone. 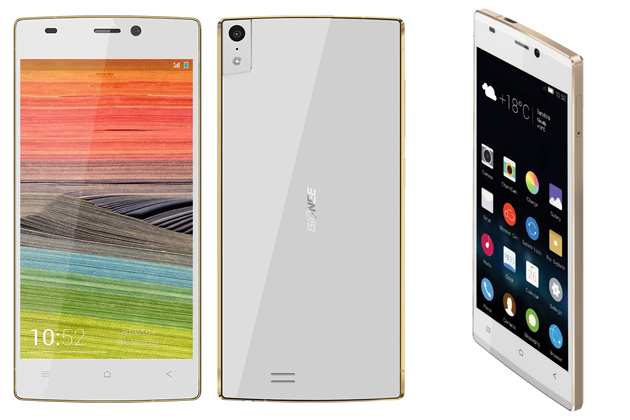 Company states that they have used Word`s thinnest PCB board of 0.6mm. Not only this, this phone has the thinnest AMOLED screen. I believe that Gionee also wants to be in the race of launching phones and showcasing them in MWC 2014.

The phone`s price is $370(Rs.23,025). The phone is launched in China and will be soon available in India. Though the Indian price is not yet confirmed. Gionee will give a strong competition to their competitors using this phone.

This is a single SIM phone, that is one of the concern which a buyer may have. In India. It is becoming a trend of many users using 2 networks. So they should had introduced a dual sim phone. I guess in making the phone slimmer, they might have forgotten this fact.

But we will be happy if they lower the price of the phone. If done below INR 20k then it can stand out to be one of the best phone under 20k. So have a watch on it. We will keep you updated about the Indian price of the phone on Facebook and Twitter.

A big news for Apple fans. Now Apple iPad 2 is discontinued from the Apple Stores. They replaced it with 16GB Apple iPad 4. It seems that people had no…