It seems that Gionee is in a mood for flagships this year. After the launch of Elife E5 and E6 earlier this year, the Chinese smartphone manufacturer has launched it’s new flagship Elife E7. 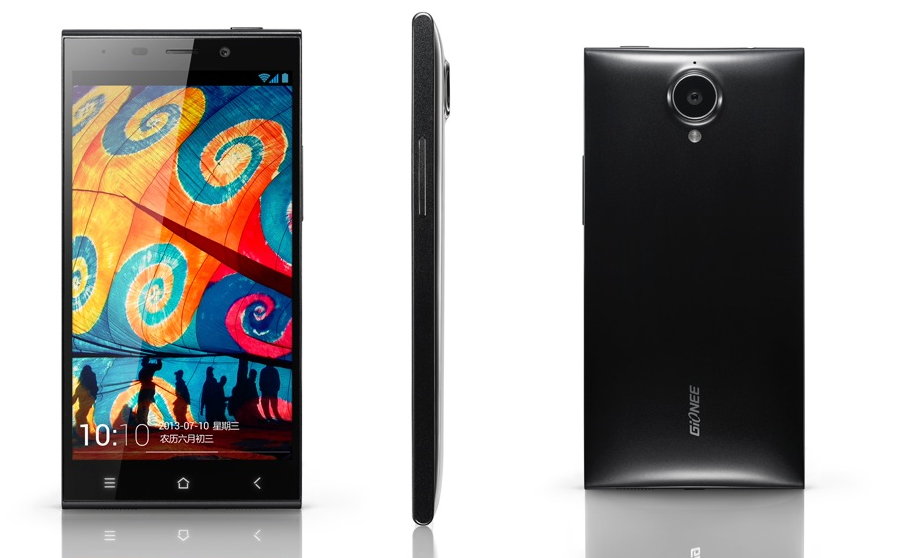 The phone that was recently launched in Shanghai, China is a bold move by the Company. The phone is loaded with features and best in class hardware.

The company has taken huge leap in terms of processor, as the phone is equipped with the trusted Snapdragon 800 chipset as against the MediaTek MT6589T on the Elife E6.

But probably the most interesting and discussed move is the inclusion of a 16 MP rear facing and an 8 MP front facing camera both of which have a pixel size of 1.34 µm.

It is worth mentioning here that normal smartphones have an average pixel size of 1.2 µm. So as per Gionee the increased pixels and pixel size would allow the phone to capture more light and give better results than other smartphones.

Apart from the physical improvement in camera, Company has upgraded the camera app to include tonnes of new mode. Gionee seems to be greatly banking upon it’s camera. The Company used various terms such as “best-in-class lens” “breakthrough image sensor” “perfect combination and balance of image resolution and picture quality” to substantiate it.

The launch of the E7 also marks the launch of Amigo 2. Amigo is the UI that Gionee developed to customize Android and was first witnessed on E6. The Company claims that the new UI is improved, more efficient and intuitive.

The phone would be launching in Indian market around the price mark of Rs. 30,000 to Rs. 35,000 in the month January in 2014. Considering the general improvement in the phone and the specifications it seems that Gionee has been quite generous as far as the pricing is concerned.

The phone is interesting in many senses. With the launch of E7 Gionee is slowly moving towards the higher market. Meanwhile Gionee is aware of it’s limitation which it is trying to cover with it’s pricing. The phone would have to face tough competition from the recently launched Google’s almighty Nexus 5 and the people’s beloved LG G2. The phone is placed exactly in the middle of the two.

The phone may or may not be successful but one has to acknowledge that the speed at which Gionee is moving is immense. They do feel the nerve of the consumers and don’t leave a stone unturned to surprise them.

This is a guest post written by Karan Khurana. You can get in touch with him on Google+.

How excited are you? Do let us know in the comments below.

The biggest Mobile tech event- Mobile World Congress 2014 comes to an end. Returning home from Barcelona, Spain you might be recollecting the four days. What did you see? What…