There were many rumours about HTC working with Google in a Nexus Tablet. We have heard it for many times and a 8 or 8.9 inch tablet manufactured HTC is expected. It is Nexus 7 iteration and also rumoured to be called as Nexus 9. 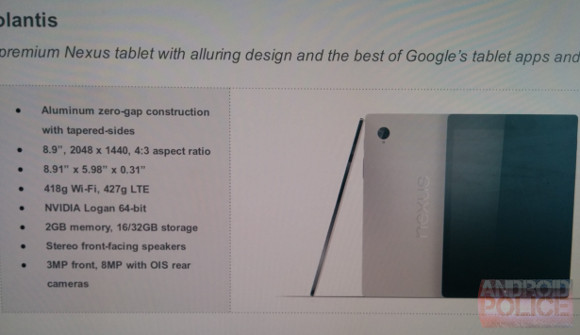 The codename of this device is called as the Volantis (or Flounder). This tablet has a Nvidea`s Tegra K1 Chipset. The tablet has a zero-gap aluminum construction. The tablet may have stereo front-facing speakers. The pricing of the 16GB version is $399 and for the 32GB is $499.

These are both Wi-Fi only versions. The LTE versions may cost more than $600. So, the Nexus 9 will be as expensive as the iPad Mini with Retina Display. We can expect this device by fourth quarter of this year. Some official accessories like a keyboard case may also get released.

We will keep you posted about this tablet. Till then stay tuned on MobileJury.

Dell is making a stunning entry into the tablet market. In India they have started with Dell Venue 7 and Dell Venue 8. Both these tablets are powered by the…