A new addition to the iBall Andi series. They have launched iBall Andi 4.5P Glitter for Rs.7,400. The smartphone has given some trendy look. First let us have a look at the features of this smartphone. 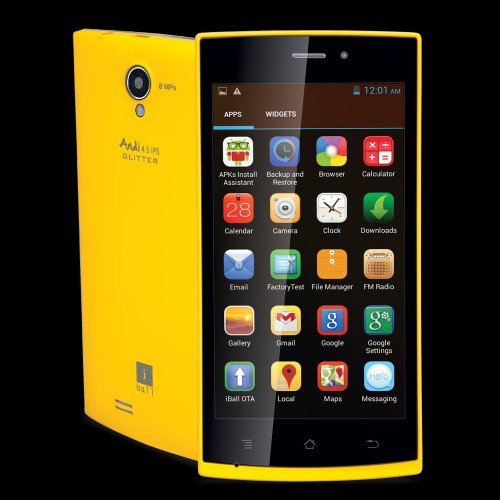 This dual sim smartphone looks unique in the yellow colored body. It also has a customized User Interface with multiple themes to choose from. The company has tried to put in many features in this handset. It will be interesting to see the performance of this phone.

The smartphone will be a competitor to Lava Iris 406Q and Celkon Campus A125. So the competition is getting intense among the local manufacturers. Anyways we will review the iBall Andi 4.5P Glitter soon. Till then stay tuned on MobileJury.

The biggest problem for Android users is the draining battery while using their smartphone. What if the battery capacity is huge. Yes, Micromax Canvas Power A96 will have a huge…