Another new smartphone which is launched at a price of below 10k INR. The smartphone was listed on their official website earlier this month. Now the phone has been launched for Rs.6,850. Let us see the features of this smartphone. 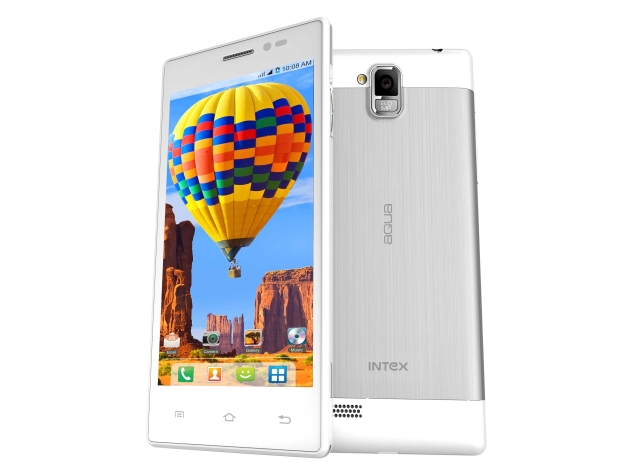 The smartphone has many pre-installed apps. The apps include Intex Cloud, Intex Zone, BigFlix, Greetzap, NQ Mobile Security, NQ Vault, Quickr, Saavn, Sony Liv, Newshunt, Zapak and Getit. The smartphone will also have two in-built games. Which include The Avengers and Chennai Express.

The smartphone will be in the strong competition from Indian Brands like Micromax, Lava, Karbonn. Good Brands like Samsung do not have any new smartphones in this price range. We will keep you updated about such launches. Till then stay tuned on MobileJury.