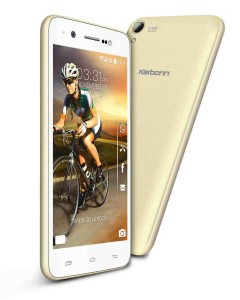 Karbon announced the Karbon Titanium Mach One for an affordable Rs. 6,990.

In an exclusive partnership with e-commerce website Snapdeal.com. Karbon announced the Karbon Titanium Mach One for an affordable Rs. 6,990.
The Titanium Mach One is the latest phone from Karbon Mobiles, which aims to simplify a users experience and make it very convenient to use.

“Recognising the need for a dynamic symbiotic relationship between consumer and technology, Karbonn has launched Titanium Mach One which has been especially developed to cater to the growing demand of Indian consumer for relevant and simplified smartphone technology.”

The phone has advanced camera features such as “Blink Capture” and “Voice Capture” and numerous photo modes comprising of panorama view, continuous shot and selfie mode. It has an 8MP back camera and 5MP front camera with LED Flash on Both sides.

1.3GHz Quad core processor and MALI 400 MP2 graphic processor powers the Titanium Mach One. It runs on Android OS 4.4 Kit Kat upgradable to Android Lollipop. It has a 4.7-Inch HD IPS screen with 8GB internal storage. The device is available in three colour variants i.e. White-Silver, White- Gold and Black-Blue.
The Dual-SIM (GSM+GSM) phone comes with 1 GB of RAM and has a micro SD slot expandable to 32GB. It has an optimum 1800mAh Battery. 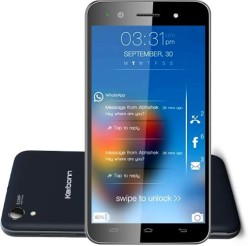 The Karbon Titanium Mach One has a huge range of gesture enabled features to facilitate faster navigation with minimal interaction and offers a ‘Smart Lock Screen’ that enables direct access to notifications and apps from lock screen, a ‘Gesture Mode’ for easy access to preferred apps.

The ‘Smart Eye Gesture’ can automatically pausing running videos when the user looks away from the screen. The Karbon Titanium Mach One supports up to 21 local languages facilitating regional language interactivity.