Karbonn is on a move. Recently they have introduced the Kochadaiyaan series which is inspired from Rajnikanth`s film. Karbonn is going to launch dual OS (Android+Windows) smartphones. The user will have  dual boot options. 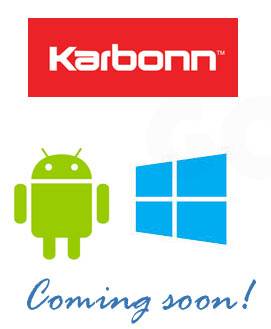 Recently Lava, Karbonn and Xolo had signed agreements with Microsoft to launch Windows supported smartphones. Karbonn is doing something unique. They are going to introduce Windows OS but will also give Android as an option to the user while using the device.

Recently Karbon Kochadaiyaan series was launched. It included The legend 2.4,2.8 & K77 feature phones. Also The Legend A36, A6 Plus & S5i smartphones were introduced in this series. Karbonn is using the film`s name to promote their brand and this series of smartphones.

The name and the specs of the upcoming dual OS smartphones is not yet revealed. This is going to be very exciting start for the introduction of dual OS phones which are yet to come in the market. If they succeed then don`t be surprised to see the other brands doing the same.

So will you buy a smartphone with both Android and Windows OS? Do let us know your opinion in the comments below.