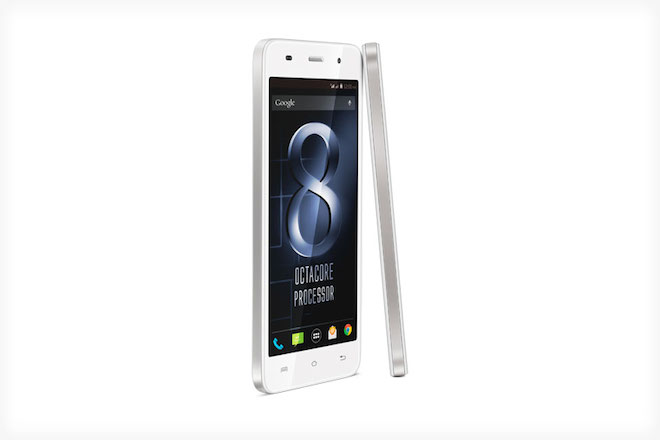 Lava announced the Lava Iris X8 priced at the competitive Rs. 8,999/- which will offer direct competition to the likes of the Yu Yureka as well as Xiaomi phones such as Redmi Note. The Lava Iris X8 features an octa-core processor as well as 2GB of RAM which matches the specifications of its competitors.

The Lava Iris X8 features a 5″ display with a HD 720p resolution. The phone has amazing hardware and has the 1.4 Ghz octa-core processor with 2GB RAM to power the device. The phone runs on Android 4.4.4 Kitkat and has a 8MP rear camera as well as a 3MP front camera which sould be just good enough for selfies. The phone has a nominal 16GB Internal storage with storage expansion possible as well.

The phone is backed up by a 2500mAh Battery. It is Dual-SIM and 3G compatible but does not support 4G networks which is a major letdown when compared to its rival devices.

Some special features include The Intelligent Flip allows users to access apps without having to switch to the main screen and the Smart Wake-up and Gesture controls lets them directly jump to applications from the locked screen.

The Lava Iris X8 will be available in white and black colours and it will go for sale on Flipkart as well as across all national retail stores and multi-brand outlets. It will be available online exclusively on Flipkart.com starting 12:00 noon from 9th Feb priced at Rs. 8,999/-

So finally Nokia and HTC have settled the pending patent litigation between them. Both the companies have signed a patent and technology collaboration agreement. HTC will make payments to Nokia….