MediaTek has just upped its ante by launching a new octa-core chipset which is the world’s first SoC to come with on-board support for LTE. This new chip comes just after months after the announcement of first true octa-core (MT6592) chipset from MediaTek. 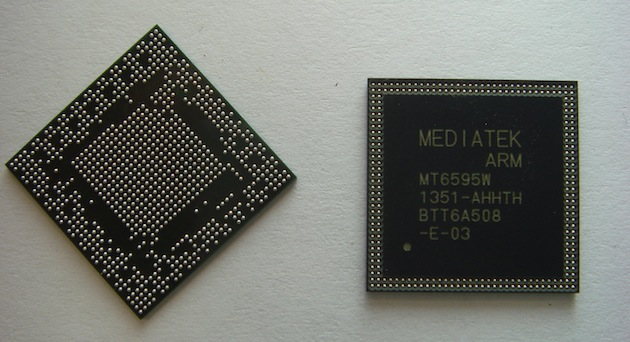 The new MT6595 chip has four ARM Cortex-A17 cores at ticking at 2.2-2.5 GHz while the other four Cortex-A7 cores are clocked at a relatively lower frequency of 1.7 GHz. PowerVR 6 series GPU is in charge of your graphical needs.

Main Features of MediaTek 6595 are:

MTK says that this octa-core chip (MT6595) is more powerful and power efficient than the current generation of Exynos chipset from Samsung.

The MT6595 will be very suitable for mid-range tablets and smartphones and will also compete against the premium chips like Snapdragon 800 and 805. Only time will tell about the popularity of this chip but we are expecting it to perform very well in the Indian sub-continent.

Expect the devices based on this chipset to be available in the market by the second half of this year.