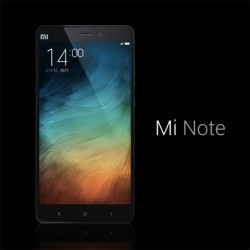 Xiaomi today came out with its big next thing in the Mobile Market. Today, in a Grand opening at Beijing ‘The most valued Start-up in the World’ launched their latest Flagships to the World. Xiaomi launched two phones in their Mi series:

The Mi Note (which is not a successor to the Redmi Note) and The Mi Note PRO.

With the tag line “Bigger the Better”, The Mi Note is a High-end phone by Xiaomi with upgraded specification as well as a Great Design. Mi Note features a 5.7-inch 2.5D curved glass display that has a resolution of 1920 x 1080 pixels with a 1400:1 contrast ratio. Xiaomi has used a dynamic contrast pixel adjustment technology that automatically improves contrast of darker areas to make the picture appear better. 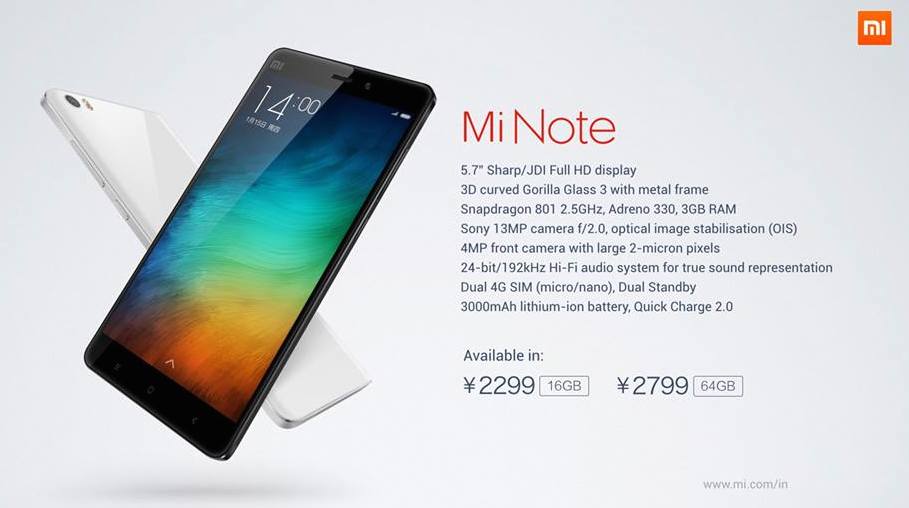 The smart-phone weighs 162 grams and is just 6.95mm thick. The phone is powered by a Qualcomm Snapdragon 801 processor, 3GB RAM, 16 or 32GB storage and an upgraded 3,000mAh battery. Xiaomi a 13 MP camera which also has Optical Image Stablization (OIS) included in the camera. The phone also boasts of a two-tone flash on the rear. The front camera is a 4MP camera with large 2-micron pixels (similar to HTC’s Ultra Pixels concept), this camera would do extremely well in low light conditions.

The phone also has 4G LTE Dual SIM stand-by capabilities. Other features highlighted by Xiaomi are it’s Hi-Fi audio, which has an ESS audio decoder. Xiaomi has also incorporated fast charging to its phone.

Alongside the Mi Note, Xiaomi also announced the Mi Note Pro. It will run on a Qualcomm Snapdragon 810 having a whopping 4GB RAM and 64GB storage. The Display will have a 5.7-inch display with an also upgraded 2560 x 1400 pixel resolution. It also has LTE-Cat 9 support for download speeds of up to 450Mbps. 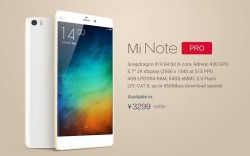 Pricing has always been an important factor to Xiaomi Phones. This time they have not been as frugal as before in their Pricing, but certainly the specs and design of the phone justify the increment in price.

Along with the devices, Xiaomi also announced a new accessories such as an over the ear headphones and Mi Box Mini media player.

From an Indian perspective, India’s availability for the devices is not very clear. Xiaomi will be launching the Mi 4 in India in the coming months and only after that Mi Note could be launched. The Expectations are that it is to arrive in India only in second half of the year.

So, what do you think?
Xiaomi Mi phones always have a lot of Fanfare when they release. Which features did you want to see in these Mi Note phones that were not added? And do you agree with the Pricing?
Let us know in the Comments!

There are not many users of CDMA phones in India but those who have used the CDMA technology once don’t like to go back. Unfortunately, there are not too many…