This handset was in the news in the first week of June and now it is launched. The smartphone is finally launched for Rs. 23,999. The main focus is given on its Octa Core Processor for marketing the smartphone. Well, let us see the other features of this smartphone. 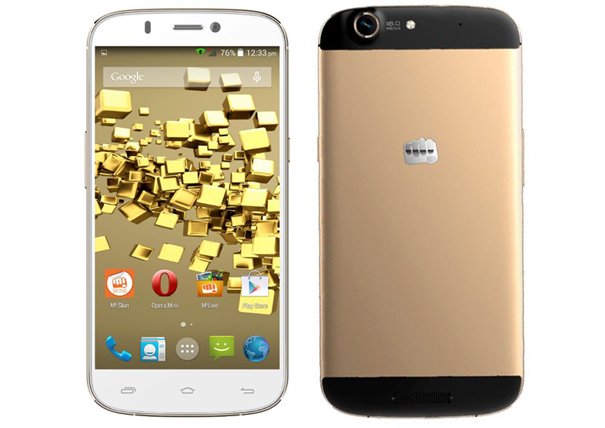 The smartphone is launched at a premium price if we compare the price to the other handsets of Micromax. There is no external memory for this smartphone. The so called internal memory of 32GB of which only 25GB will be available for the users.

This phablet`s rear camera is of 16MP and is using the Sony sensor. The design of the handset looks very much appealing. Mostly because of the Gold color. It will be very interesting to see the response of the people about this smartphone.

If you see recently Alcatel has also launched an Octa core smartphone named as Alcatel OneTouch Idol X+. It is priced at 17K INR. It seems that Micromax has now started pricing their smartphones high compared to the previous devices from them. Will keep you informed of such launched. Stay tuned!

Intex launches another smartphone on the same day. This time they launch Intex Cloud X12 for Rs. 4,290. The phone was spotted on an online shopping portal. The trend of…