Yes, it is a new version of Motorola Moto G. They have secretly listed on their official website. The phone is officially being sold in Mexico with a  local carrier Nextel. Let us first have a look at the features of this smartphone. 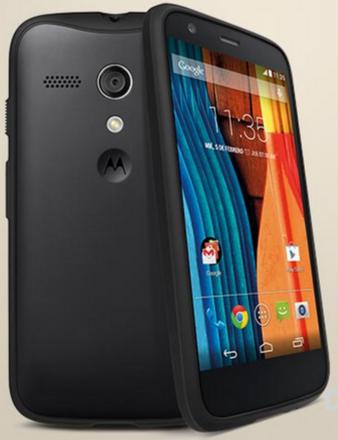 This phone is bundled with a massive 50GB of free Google Drive storage. The only difference between the Motorola Moto G Forte and Motorola Moto G is that Forte has a Moto G Grip shell. It is actually a back cover in a rubber frame which will be helpful for impact protection and for better Grip.

This is an accessory which is available for a price of $14.99 from Motorola. So it is but obvious that the Moto G forte will be priced a bit more than that of Moto G. There is no official announcement of the launch of Mot G Forte in India.

But we soon expect the news to be declared by Motorola. Nothing special other than the add on accessory. As Motorola Moto G has already bought by many customers, this version might not get that much praise. We will keep you informed about this handset. Till then stay tuned on MobileJury.