After much delay Nokia is finally seeding the Lumia Black update to Nokia Lumia 620. Users of Lumia 620 have been waiting for almost 2 months for the update and finally, the wait is over for them.

This update (WP8 GDR3+ Lumia Black) is currently available to the users in Netherlands and Finland and should hit the Indian sub-continent soon. 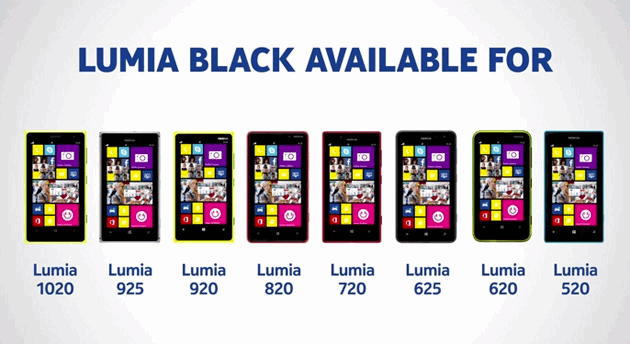 What’s there in the Lumia Black update?

The Lumia Black firmware update not only brings fixes also brings some of the highly coveted features of the Lumia lineup to this phone. These are:

Due to lack of RAM Refocus and Beamer from the camera app are not supported on this phone.

It is good to know that unlike most of the manufacturers Nokia is still taking care of its one year old mid-range phone. We are expecting the same for the newly announced Nokia X series running on android.

Update your Lumia 620 and the get used to using the new functions.