Nokia X Series, the first batch of android phones from Nokia is now official and the Finnish giant is now focussing on getting more developers to code apps for its Nokia X platform. 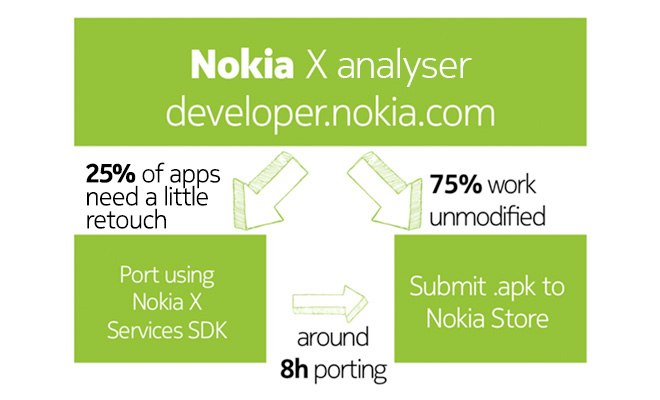 You can also check app compatibility by dragging your .apk file to the App Analyzer box.

We gave Porting a shot and here is the demo:

The test app (appSaver.apk ) is used only for demonstration purposes. We have no connection with either the app or its developers.

Porting compatible apps to Nokia X platform is very easy. If you are an app developer then we advise you to port your app to Nokia Store asap for gaining more exposure and revenue..

In the MWC 2014 when LG showcased the L Series III handsets the name of this smartphone was known at that time. The smartphone is officially launched in Brazil. Let…