Celkon S1 is the latest smartphone from Celkon Mobiles. Celkon is considered as an underdog in the Indian sub-continent but it is trying hard to get rid of this image by launching phones offering great value for money.

The Celkon S1 is priced at ₹ 14,999 and comes with a highly decorated spec. sheet. 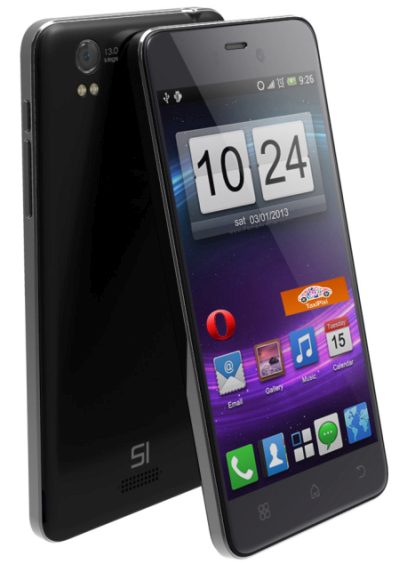 It runs on stale android 4.2.1 JB but I can’t complain either. Android 4.3 caused issues on many devices.

The S1 runs on a quad-core processor with its each core ticking at 1.5 GHz each. The chipset is not specified but we suspect that it is running on the MediaTek MT6589T. The PowerVR SGX544 GPU is in charge of gaming needs and runs at 357MHz

We have tested many other phones running on the same chipset and keeping that in mind we can tell you that it won’t disappoint you when it comes to gaming.

It will run games like Asphalt 8 and Modern Combat 4 without a hiccup.

It boasts a 13MP camera fitted at the back which should be capable of taking some impressive shots. Also don’t forget about the 8MP snapper on the front which can help you take some very attractive selfies.

The 5 inch full HD IPS LCD display renders life like visuals. Due to high resolution it is very sharp to look at and One-Glass-Solution tech. makes it even more stunning.

This display won’t let you down ever or can I say for the next few years to come.

It comes fitted with a 2300 mAh battery which I suspect is NOT capable of powering up the phone for a full day even on moderate usage. This is the only disappointment in the phone that I can think of at the moment.

The Celkon S1 might look similar to the Lava Iris Pro 30 as far as the backpanel is concerned but on paper it is a much better smartphone. Only time will decide its fate when we give it our full review treatment but till then the above information would be sufficient for you to decide whether to buy it or not.

Friendly Tip: If you travel a lot and don’t get enough time to charge your phone and also don’t like carrying a battery bank with you then don’t think about buying this phone.

There were rumours that NSA has access to Apple`s users data. Tim Cook has revealed that there is no access for NSA to any user data of iOS users. NSA…