Gionee Elife E7 is the one of those phones which have the potential to turn the market upside down. How? Because it has amazing features for its price tag. Its 32 GB version costs just under ₹30k and seems like the only phone which can compete with Samsung Galaxy Note 2.

To more about its other features read our quick review.

It is also a plastic body phone but it doesn’t look cheap. It looks very similar to the edgy Nokia Lumia series but the front side gives it all and tell you that it’s not any Lumia. The volume rocker and the power button is located on right and top side respectively. 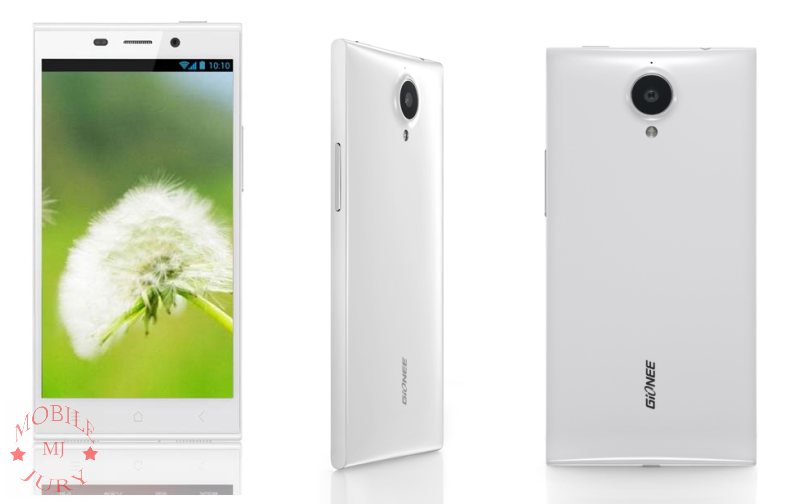 The 16MP camera with its rounded bezel has a microphone slot just above which is used for noise cancellation.

The Elife E7 has a Snapdragon 800 chipset. If you don’t know what this is then understand one thing. The Snapdragon 800 series from Qualcomm represents the best range of mobile chipsets at the moment.

It offers silky smooth transitions and animations and loves to play the latest games.

Its 3GB of RAM is more than enough for almost anything that runs on android.

However, the absence of microSD card slot will make you rely on the internal memory only. If you like to store a lot of data in your phone then you better get its 32 GB version.

Gionee says that the 16 MP camera in the Elife E7 is the best in class and even beats the 16MP camera of the upcoming Samsung Galaxy S5. It has a large sensor of 1/2.3 inch with an aperture of F/2.2 All these specifications look promising and so is the Gionee’s statement about the Galaxy S5 but we’ll keep our fingers crossed until we actually get to test it.

The Gionee Elife E7 has a 5.5 inch JDI full HD display sporting a pixel density of 401 ppi. It is also protected by a layer of Gorilla Glass3 on top for protection against scratches.

The display looks vibrant and the viewing angles are also good.

Why won’t they? It’s a flagship phone.

The 2500 mAh battery in the Elife E7 is way below our expectations. I mean it’s a FHD phone with 4 cores to feed while gaming.

If you are a power user and if you happen to fall in love with phone then don’t expect the battery to last a full day.

The Gionee Elife E7 is an overall good phone with not so good battery backup. The camera seems impressive and the Amigo 2.0 OS from Gionee also looks more than okay.

Strike it from your check list if you are in a search of phone with great battery backup.

Check back again for the full review.