Gionee Elife S5.5 is the world’s slimmest smartphone, and is perhaps the most gorgeous phone that you can buy at the moment. This review is based on a week’s usage and should help you in taking any decision about the phone.

It costs about ₹21,600 online and has all the features that you might expect in a smartphone belonging to this price segment. The Elife S5.5 is made for flaunting. 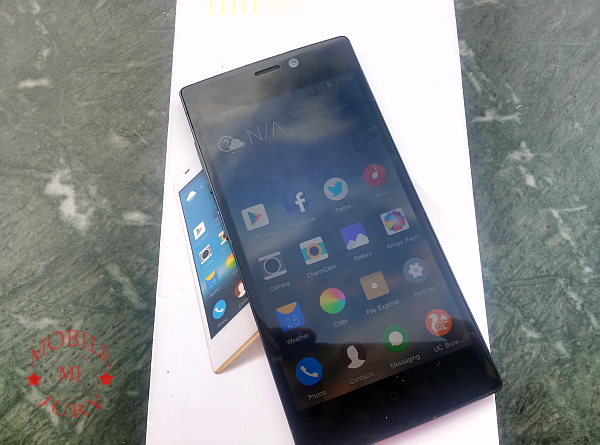 The Gionee S5.5 is great for teasing your friends who own iPhone. It costs less than half of the iPhone 5s and beats it in the department of looks!

The front and backside of the phone are protected by a layer of Gorilla Glass 3.

The glass makes the phone beautiful and fragile at the same time.

The loudspeaker is placed at the back. The 3.5 mm audio jack and the primary mic are flanked by the bottom side at the right corner. The top side houses the micro USB v2.0 slot. 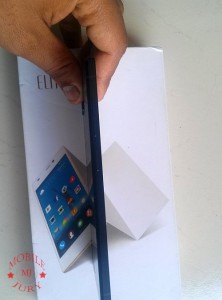 Sides: The sides of the phone have metallic finish. The left side flanks the volume rocker and power button and the right side houses the micro SIM slot.

The backpanel is a fingerprint magnet but we wouldn’t complain about it. Unlike other latest phones having faux leather or metallic finish, it has real glass and reminds me of Nexus 4, LG Optimus G, and iPhone 4S.

The top left portion of the back side has a raised bezel housing the 13MP sensor, an LED flash and a secondary microphone for noise cancellation.

Despite its large size the Gionee Elife S5.5 fits very well in jeans pocket due to super slim form factor.

The Gionee Elife S5.5 runs on Amigo UI based on Android 4.2.2 Jelly Bean. The phone is fast and has little to no lags, but my only gripe is, it coming with the stale Android Jelly Bean OS.

The UI is very smooth to operate and should become even smoother with the arrival of KitKat update. We are hoping that it will receive the android update soon. 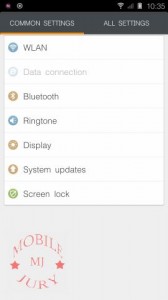 The system setting has 2 tabs- Common setting and All Settings.

This is highly useful to normal users, as they don’t have to dig deeper into options that they don’t know anything about such Developer Options, Accessibility, Backup & reset etc.

It’s not that we didn’t like the UI or something. I liked the Amigo 2.0 UI. It has rounded icons just like other flagship devices.

Gionee has infact, put in a lot of effort while designing the UI. It looks flat, so that you are distracted by the background, and also provides the interface a contemporary look.

The best part about the voice recording is that it keeps on recording the audio until you stop it. It becomes a must have feature when you are attending a conference.

When activated, the fake call will ring your phone, and when you answer the call, you will hearing a girl asking you to send a file. She speaks for a few seconds, and hence gives you a few precious seconds to get out of that boring meeting. This fake call feature is not something new, but the smartphone manufacturers were ignoring it. It is good to see that Gionee has implemented such a useful feature.

LAUNCHER: You can also customize the launcher to have different animations and effects.

We however, did encounter something weird with the display. It displayed the white as cream color. On further analysis, we found out that the display was showing all the colors as warm. We suspect that our review unit had a faulty display. 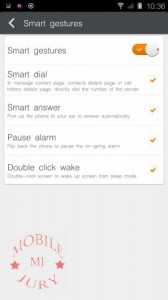 The Elife S5.5 bears a 13MP AF snapper at the back which is accompanied by LED flash to assist in low-light photography. It comes with many modes like Face beauty, V- Shot, Smile Shot, horizontal and vertical panorama, Eraser, Face detection, burst shot (40 photos), etc.

Annoyance: The camera sensor is located at the corner and can get covered by a finger. This is not a major issue as you can get used to holding the phone in other photography friendly way, over time.

We couldn’t test the camera on a bright sunny day to monsoon. The camera samples have some bluish tinge so, we are unable to comment on its color reproduction.

This 13MP camera can capture images with good amount of details during broad daylight.

There is a different story for its low-light photography.

The HDR mode brings up the details out of dark and very bright spots in a scene. You can use it when you want the blue sky in the background and also do not want your subjects to appear black.

The videos are captured in 1080p @30fps, but they do not capture details like a full HD video is supposed to do.
The wide-angle 5MP front camera is another USP of the phone. It can be used to capture some great selfies even in low-light conditions. This bright secondary camera has f/2.4 aperture. 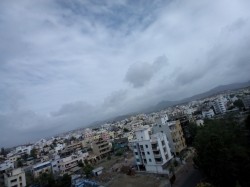 The loudspeaker produces average volume with very little bass but it is clean to listen.

The music player automatically recognizes almost all of the popular audio formats with the exception of .aac

You will first have to tell the phone that the .aac is an audio file.

Video- The stock video-player supports standard features like tap to seek, scrub, shortcut for taking a screenshot, etc. It also supports floating window similar to what we are used to seeing in Samsung and LG devices.

The phone doesn’t detect the .flv and .mkv files as videos but plays them just fine after selecting them as video file type. 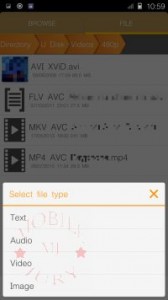 Now, to put its octa-core processor to test we tried to play 4K (UHD) video. We were surprised to see that it failed to play our test UHD clip without the audio getting out of sync and after missing a few frames every few seconds.

Gallery- The gallery allows us to sort the items folder-wise. The album can be further sorted by Time, people and story.

The Gionee Elife S5.5 didn’t let us find a chance to complain about its performance. It didn’t even lag even when we had more than 10 apps open in the background.

The phone performs really well like a high-end phone is supposed to, but it gets heated up in no time. We all know nothing is perfect and a few compromises have to be made. For Gionee S5.5 heating issue is one of those compromises.

Here the results of some famous benchmarking apps. Please exercise caution while using the numbers indicated by the benchmark test results.

During our usage we found out that the battery backup is not that great. Power users will have to charge their phones within 12-14 hours of use. For getting more battery backup we advise that you configure the Battery Saver app. Most of us have adapted ourselves to using smartphones with not so good battery backup. Many of us even carry the phone charger with us at all times!

Why I used the word ‘Clever’ while describing its design?

Like I mentioned above, the phone gets heated up within no time. Click a few pictures, play a video and you have a heated phone.

Its heats up but it wouldn’t roast your hands.

Gionee has made sure that the portion where the phone will get heated, is outside the region when you’ll grip it with your palm or fingers.

The Gionee Elife S5.5 not only looks hot but also gets very hot within no time. Thankfully, the heating issue wouldn’t affect its usage due to its thoughtful design. It was designed for those who don’t appreciate plastic body phones and want their phones to look superb.

So, if you are searching for a beautiful phone under Rs. 25,000 and can live with an average camera then go ahead and buy it.

If you are planning to buy Gionee Elife S5.5 or have been using it for a while, please do share your thoughts and experiences about it in the comments section below. Your feedback might help someone in making the right decision.

There are lots of rumours going on about the successor of HTC One. Many sources say that the next phone will be named as HTC One+. We saw a strange…