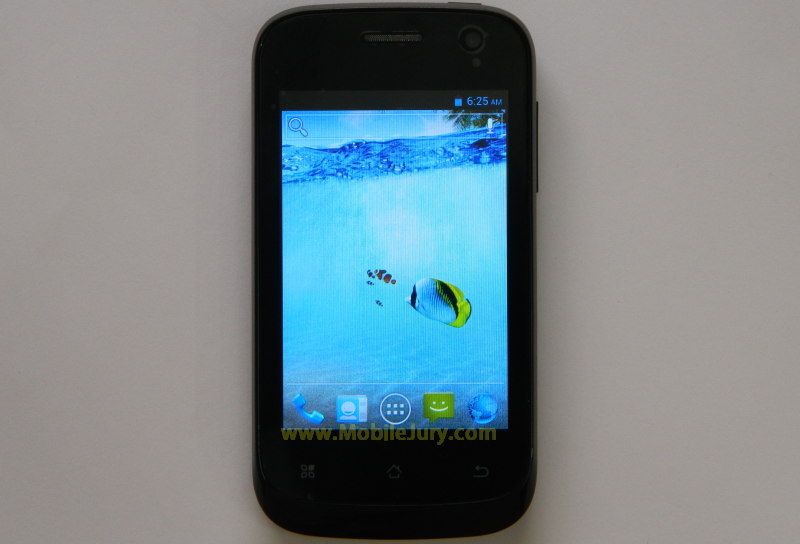 The Karbonn A1* also known as A1 star is an entry level low-end android ICS based dual SIM smartphone which is launched to compete with the likes of highly popular Nokia Asha series. The Asha phones are gaining much traction in the highly competitive Indian market as they bring a lot of smartphone like functionalities to the table for as low as 3300 INR.

With the current asking price of INR 3500 only this smartphone has a huge potential to shake the inexpensive dual SIM phones’ market to the core. Of course it comes with its fair share of pros and cons but before you read any further, think of any Nokia or Samsung phones which costs 3.5k INR.

The A1 star is made out of glossy plastic with its back panel curved around the edges. It doesn’t look the very famous Galaxy droids and is somewhat thicker than those.

The build quality is not good but you can cope up with that when you buy a cheap smartphone. I’d advise you to not drop it at any cost.

This phone is somewhat thick but you can’t expect low-end phones to be ultra-slim.

The VGA front cam is located right next to the earpiece grill on the top which can be used for doing makeup as 3G is not supported. Also memory card is not hot-swappable.

Karbonn has not decided to provide this phone with any customizations and as a result the A1 star runs on stock ICS 4.0.4. The transitions lag on multi-tasking.
However, the touchscreen and the capacitive buttons are responsive when they’re not under heavy load. The only feature which is highly useful but not present is auto-prediction on the dialling screen.

There is a 3.5 inch 320×480 pixel display having a ppi count of 165. The screen is not protected by any coating or glass so screen-guard is a must.

The display doesn’t look attractive at all. It looks grainy, has dull colors and low on brightness. So, sunlight legibility is going to be an issue.

The rear loudspeaker is not the loudest that we’ve seen and can easily get occluded when kept on soft surfaces like mattress, cushion etc. The music player has a very basic layout and can play audio formats like .mp3 and .aac only.

The video player has standard social sharing options and plays 480p videos (.mp4, .mkv and .avi). The .flv and high definition video playback is not supported. 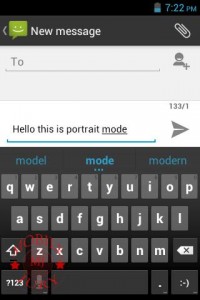 Typing in portrait mode is not hard to adapt to but in landscape mode it is a completely difference experience. It is very easy to get used to the landscape mode.

The browsing experience was not bad as we expected it to be. The scrolling was smooth and the stock browser supports pinch to zoom too. You can also browse through flash content without any hiccups. 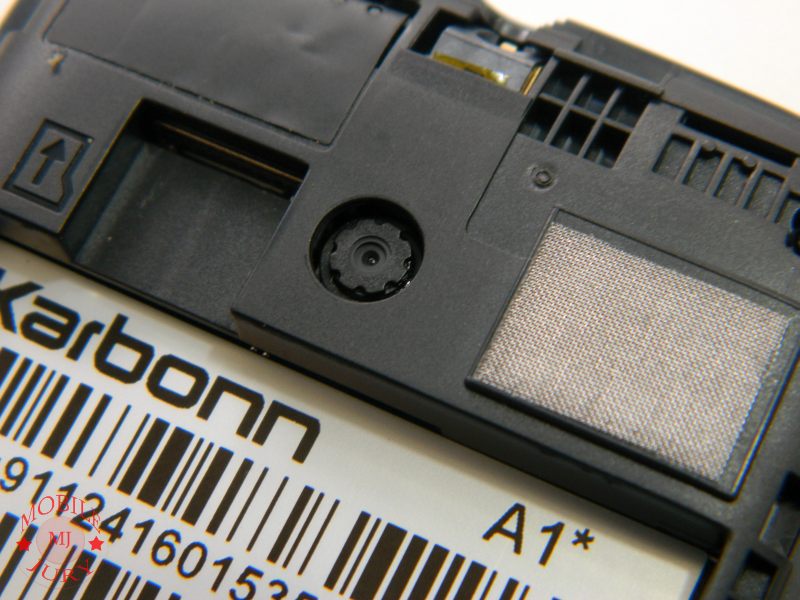 The 3.1MP camera present on the back can capture colourful images but they lack in details and sharpness. The captured images look like oil paintings. But professional ones.
It can also shoot a 480p 15fps video which also lacks in details.
To put it in simple words, they have labelled the camera as 3.1MP but in fact it captures images which are even inferior to those taken by a 0.3MP cam.
Ladies can use the front 1.2MP for applying lipstick while the gentlemen can shave while looking in the screen.

Being equipped with a 1GHz single-core processor don’t expect this phone to do wonders for you but it wouldn’t disappoint you either. The browsing is good and the 480p videos look okay on its 3.5” display.

It can also play light games like Cut the rope and Fruit ninja without any lag but temple run 2 and sub-way surfer don’t run butterfly smooth.

It is a sin to expect this phone to do high level of multi-tasking and run demanding games like Temple Run Oz, NOVA 3 etc.

The A1 Star is not only light on hardware but also less on bloatwares. It comes with very less number of pre-installed apps which are UC browser, Karbonn Live, Opera Mini. 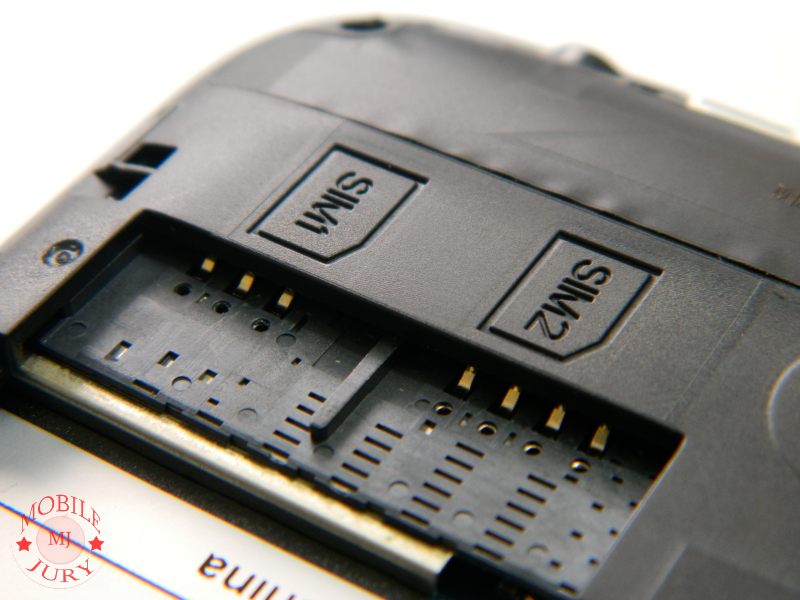 The only available connectivity options are Bluetooth, Wi-Fi and micro USB.

A 1450 mAh battery is present under the hood which should sufficient current for a single day on normal usage. Like the current generation smartphones the phone doesn’t support fast battery charging. 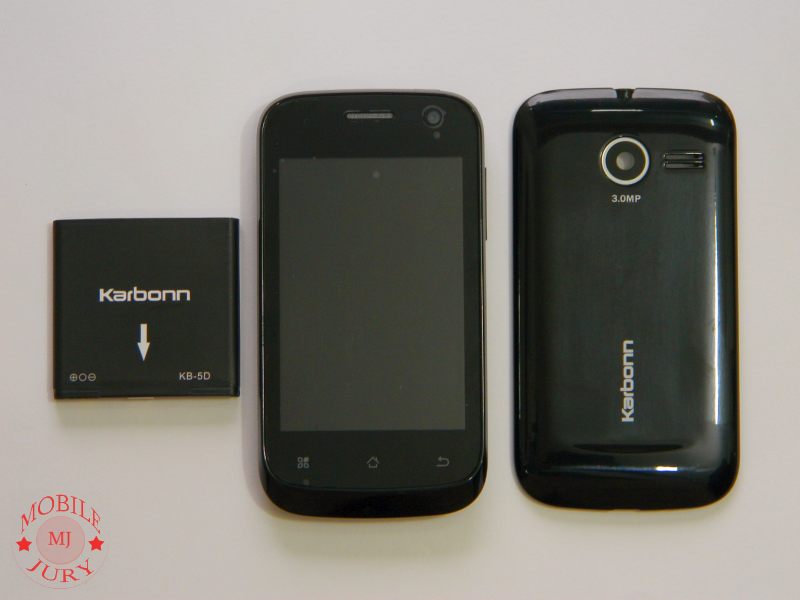 The most affordable Android

The Karbonn A1 Star has more minus points than the plus but no other smartphone offers you this many features at INR 3500. The camera is hopeless and the display is also not up to the mark but it runs on Android ICS which is big deal for any phone at this price point.

If you can’t compromise on the imaging quality then the Nokia Asha series is worth giving a second thought. And it supports Whatsapp too.

A few days back, we covered a news post about the possibility of MediaTek working on a 64bit quad-core chip based on Cortex-A53 cores. Well, MediaTek MT6732 is now official….