The Micromax Canvas Knight is the result of Micromax’s continuous effort to give the phones from big giants a run for their money. Carrying price tag of INR 19,999 the Canvas Knight hopes to beats the looks of other contenders at this price point.

Unlike the Micromax Canvas Turbo, the Canvas Knight looks iPhone-ish to attract even more buyers. The iPhone users on the other hand will get one more reason to not like local manufacturers for imitating the design of their favourite phone. 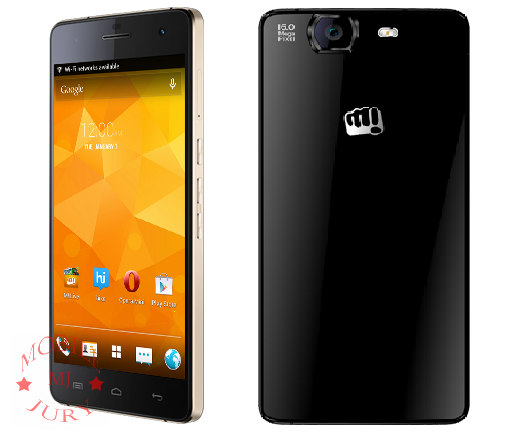 The Micromax Canvas Knight is made for high performance. It is equipped with MediaTek’s first octa-core chipset, MT6592T packing 8 CPU cores at 2.0 GHz each. Mali-450MP4 is clocked at 700 MHz to run high end games effortlessly.

It will run anything that you throw at it without breaking a sweat. If you believe in benchmarks then you should know it that it is at par with most of the current generation Snapdragon 800 flagships.

High-end games are a child’s play for this phone.

Canvas Knight also has 2GB LPDDR2 RAM for superior multi-tasking. This means that you no longer have to worry about killing apps for enjoying your favourite game. It also comes with 32GB of on-board flash storage. The user only gets 25GB as a mass storage and the absence of microSD card slot will hurt if you are a data hoarder.

The 16MP primary camera is the main arrow in the quiver of this Knight. It has 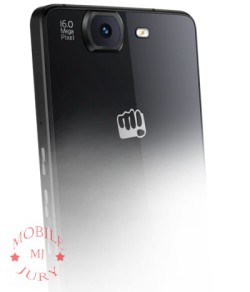 M8 Largan lens along with OmniVision CameraChip sensor to make it sound like a big deal but we know that impressive hardware coupled with immature image processing only leads to poor photos.

We are not saying that it not a good camera but are just making you aware of the not so known fact about photography.

The camera can capture stills with a resolution of 4608×3456 pixels which is more than enough for most of the occasions. We’ll take the camera for a spin once we get the review unit in our office.

It can also record 1080p 3gp videos with a frame rate of 30fps which is rather disappointing. I don’t know why these local manufacturers store video in the less efficient 3gp format instead of mp4!

The 8MP front camera is capable of capturing great selfies but it sans the AF and sticks with Fixed-Focus.

The Canvas Knight features a 5 inch full-HD IPS LCD display similar to what we saw in Canvas Turbo. The displays boasts of a high pixel density of 441ppi but it is not even close to the sharpness that you experience while using the Galaxy S4.

If you compare it with displays of the similarly priced phones then this might turn out to be the phone having the best display among those.

You will love watching movies and playing HD games on it.

Its fast processor will not miss even a single frame while playing FHD movies and the support for H.265 codec makes it more power efficient than the rest of the phones.

The Micromax Canvas Knight comes with a 2350mAh battery which is very lowly for a flagship phone having an 8-core processor and full-HD display.

MediaTek might claim that the chipset is very power efficient but I don’t think that will last even till the evening on moderate usage. What’s the point of buying such a powerful phone which doesn’t have a good battery backup!

We’ll give you exact figures once we are done with its full review.

From aesthetics point of view, the Canvas Knight doesn’t look like a Micromax phone at all. It looks great and will put others under the impression that it is a premium phone from a big brand.

If you ask me then I would say that if you don’t care much about the battery life and want a good looking phone with high performance then the Canvas Knight is the best phone below ₹20,000 at the moment.

Xolo had announced about a 4G enabled smartphone many days ago. Now they have actually launched the phone. The smartphone Xolo LT900 is available on Flipkart for a price of…