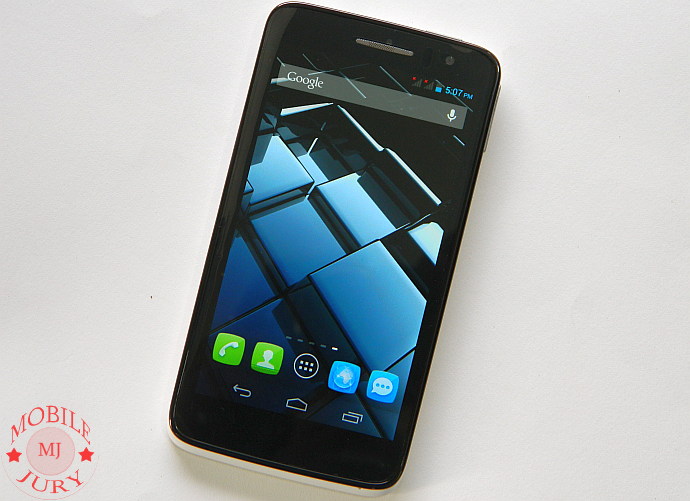 The Panasonic P51 is a mid-range and possibly the best android smartphone from Panasonic till date. It costs INR 19800 only in the local market and trust me this phone is worth the price and better than the smartphones of the big international giants in the 10-15k price segment.

Panasonic is famous for making electronics appliances and not smartphones but with the P51 this Japanese giant aims to change its stereotype.

This price segment of 10-15k INR doesn’t have many good smartphones with the exception of Nokia Lumias.

The P51 doesn’t bring anything ground breaking to the market but it does have almost everything you’ll want in a smartphone- not super-smartphones like the Galaxy SIV.

Panasonic has used plastic to form the body of the phone. This plastic body doesn’t look sturdy at all but what other choice do we have. This cheap plastic body trend was set by Samsung Galaxy Series!

The P51 is neither too heavy nor light for its size. The proximity, light sensors and the front cam are located to the right of earpiece grill.

My only gripe is regarding the position of the USB slot. If you are a lefty and can’t get away from your phone even for a second then you’ll definitely not like the weird positioning of the USB slot.

The left bezel sports slots for SIM 2 and SIM 1 respectievly from top to bottom. The top side on the other hand bears a 3.5 mm earphone jack and the power button. The volume rocker and MicroSD card slot on the right side of the bezel from top to bottom severally. The secondary mic for noise cancellation is located between the primary cam and the LED flash.

The stylus is attracted by the magnet inside the phone

The Panasonic P51 runs on a customized android 4.2.1 firmware which replaces the capacitive keys with the on-screen keys. On long press the home key bring up Google Now.

The screen is very responsive to the touches and didn’t miss the touch even a single time. This customized UI also comes a few extra goodies like turn over to mute, turn over to activate and shake to switch music.

The P51 is graced by a 5 inch IPS LCD display sporting a resolution of 720×1280 pixels and thus translating to a pixel density of 294 ppi. The display looks sharp, produces rich colors and has very good viewing angles but it is not better than what we saw in the Lava Iris 504Q.

However, the brightness is an issue as at 50% you can hardly read small text on the display.

Wait, not so fast. The P51 makes up for what it lost in the audio section by its support for various video formats. It can play .flv, .avi, .mp4, .mkv formats upto 1080p effortlessly and the seeking to certain time on the seek bar is almost instantaneous.

The default video player offers standard options like stop and loop. Nothing special.

Just like any other 5” phone the typing was easy in both, the portrait and landscape mode. The stock prediction does a pretty good job at guessing what you are going to write next but I strongly recommend buying a third party app like Swype.

Voice dictation is also present for when you are bored of typing and want to have some fun with Google. 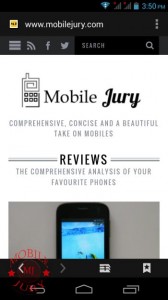 There is nothing new on the browsing side. Being a phone based on a quad-core processor, the browsing and scrolling heavy webpages was buttery smooth. The support for Flash is also there by default.

All in all, browsing the web on this phone is a great experience and watching videos is even better. 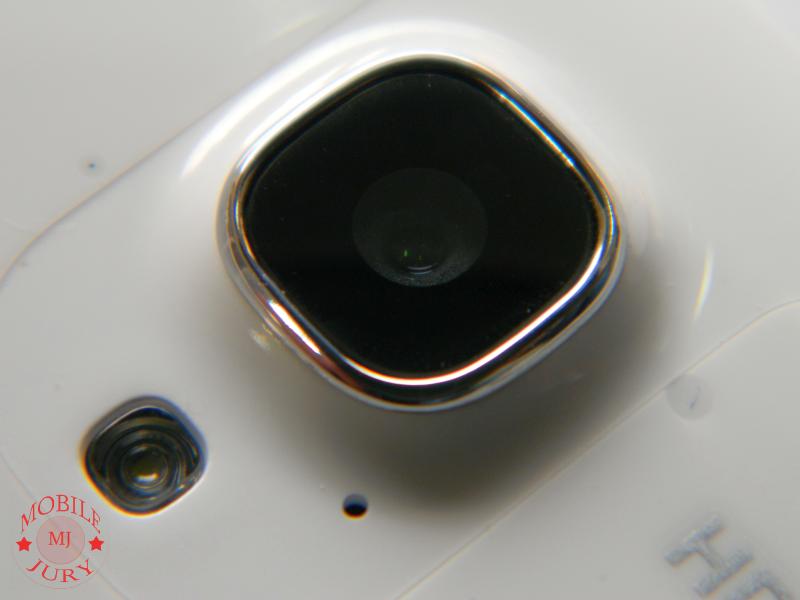 The 8MP AF camera capable of taking pictures with a resolution of 3600×2160 pixels (7.77MP effectively) performs astoundingly. We expected to take some good images but it surpassed our expectations and produced some great shots. It looks like Panasonic has put a lot of efforts in optimizing the firmware for camera performance.

The daylight images obviously have a great level of details. They’re slightly dull in color but at least they are not over-saturated. The zoom is usable up to 3x but we’d recommend you to not use it. Click the photos first and zoom them later on your computer.

The low light images are good and but they lack some details. The image processing does a fine job at removing noise from low-light images which impressed me to the core.

It is easily one of the best camera phones under the price segment of 15k INR.

Hardware Performance: Up to the mark but nothing special

On the hardware side of things the P51 looks well covered but after conducting our multi-tasking and gaming tests we had a different opinion. Being a smartphone based on a quad-core processor it should be capable of running heavy games like Nova 3 but even Temple Run Oz didn’t play smooth on it.

There were occasional lags which spoilt the gaming experience.

We are also expecting this phone to be built upon some highly efficient chipset like the Snapdragon etc. but Panasonic chose to go with the Mediatek MT6589.

The MT6589 is not bad as we have tested quite a few phones based on it but Panasonic did a shoddy job at optimizing the firmware for improving the gaming performance.

The 2500mAh Li-Po battery is capable enough to last for a whole day on a single recharge with heavy usage. Here are the results of the battery performance tests:

The P51 amazed us with super impressive battery backup. At first we couldn’t believe them to be true so we conducted these tests thrice. And it repeated the same results every time.

We advice you to take these results with a pinch of salt but one thing is for sure, this phone will not deceive you in the time of need. The Li-Po is a miser in giving its charge away which is highly beneficial for the end user.

Also the heating is not an issue here.

The Panasonic P51 is an excellent camera phone but with average performance in real world scenarios. High graphics games are a big NO but if you’re an avid photographer then you can’t ignore this phone for long. The heating issues are negligible making it ideal for watching HD movies.

Samsung Galaxy Grand 2 is one of the best branded phone below Rs. 25k. The Canvas Knight on the other hand is the best phone that Micromax has launched till…