This game is inspired from the Hollywood movie Real Steel (2011) and is sponsored by Reliance mobiles. As the name suggests Real Steel World Robot Boxing takes boxing to a whole new level. You get 35,500 silver coins to start with and the main purpose is to defeat the robot Zeus who comes in the end. 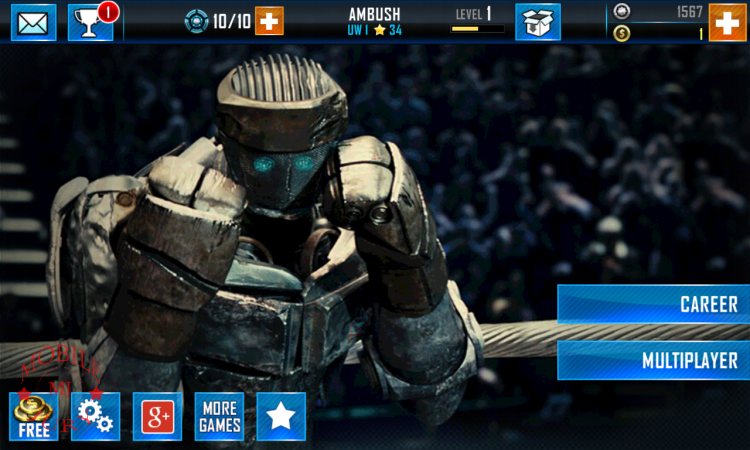 In this game you get to choose a robot as per your level attained and silver coins earned. For each fight you earn silver coins depending the fight and difficulty level. For moving to next level you have to defeat five robots of that level.

It is advised that you upgrade the main components of your fighting bot like hydraulics, motherboard, PowerCore, mainframe and chassis to gain more strength. 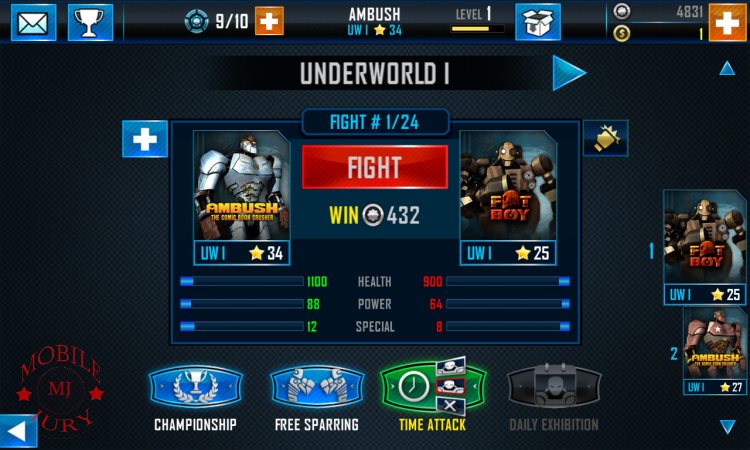 The most interesting part about daily exhibition match is that with each fight wins you prize money which keeps on increasing day by day. 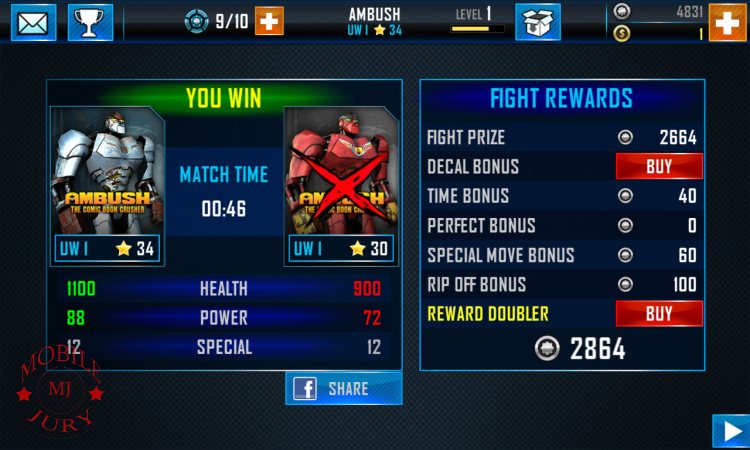 As far as controls are concerned you can land a light punch, heavy punch on your opponent and you can also block the attacks. For every successful punch landed on your opponent your special bar meter fills up.

The best way to overcome all attacks or win most of the matches is to use upper cursor key and land heavy punch on your opponent.

This not only causes greater damage but also the special bar meters fill up quickly. In the important fights of your robots you can also upgrade your robots using two gold coins and for each achievement unlocked you earn extra silver coins. 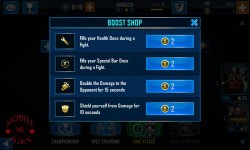 When it comes to control, they are not as much responsive as you would have wanted them to be.

The most interesting part of the game is that it is very addictive and once you start playing it would be difficult for you to stay away from it. Moreover, the mystery draw card is also good. 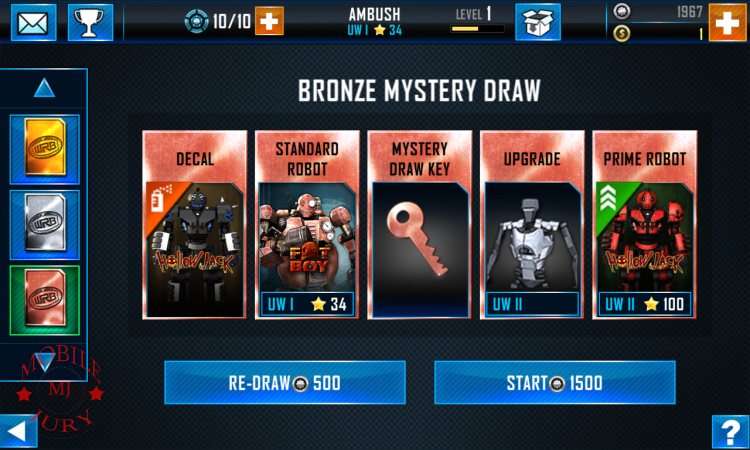 Graphics of this game are going to annoy you somewhat if you are looking for a game with great graphics .The developer of this game could have added flying attacks, customize robot feature to make it more occupying.

Star robots like Atom, Zeus etc. can only be bought with gold coins and to earn gold coins in this game is like earning money in daily life.

Real Steel WRB can be also played with your friends via Bluetooth and WiFi and the global multiplayer feature is coming soon. So stay tuned.

“This is a guest post written by Sanand Karwa. You can get in touch with him on Facebook.”

In an event themed ‘Spring Forward‘ Apple in an much anticipated event announced a series of launches. With the Hyped Apple Watch at the very top of the rumour list….