The Moto G was launched was with much anticipated fanfare in the 1st week of Feb and has remained the hottest phone of the month since that. The main USPs of the Moto G are its affordable price tag, latest android OS and great performance for the asking price.

It has the potential to be one of the most sold phone under ₹ 15,000 but its exclusive online availability might hinder its reach to the masses. The word of mouth will reach majority of the teenagers and the aged people but it takes its own sweet time. 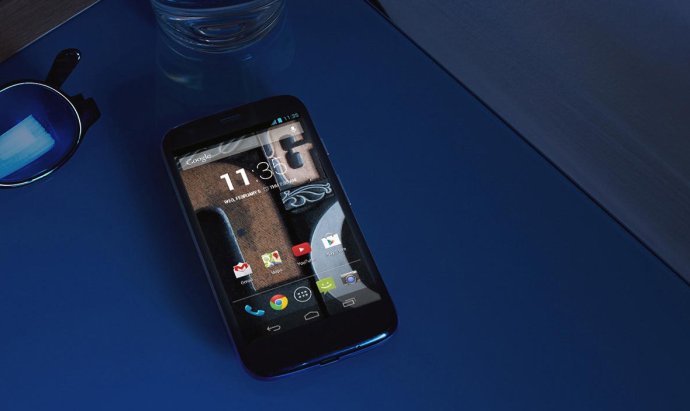 The launch of Moto G with a price tag of ₹13,999 was a nightmare for the local mobile phones manufacturers. You all know that the local players like Micromax, Karbonn etc. are enjoying huge success in the market just because they sell good phones at a reasonable price.

Xolo was the first to retaliate by launching Xolo Q1100. The Q1100 from Xolo has got very impressive specifications just like the Moto G. We also believe that Xolo Q1100 is a good performer. We are doing this comparison of Moto G and Xolo Q1100 to help you decide that which phone suits your needs better.

This 16% difference in clock speeds (1.4 vs 1.2 GHz) is not much and can most likely be covered by optimizing the firmware.

Both the phones also have same amount of RAM (1 GB) for multi-tasking. So the difference in performance becomes even more subtle.

However there is one factor which when accounted for, makes the decision making simpler.

If you are thinking about the expandable memory then you’re right. The 16 GB Moto G only has 11.92 GB of free space which is okay for a regular user but if you love to store lots of movies, games and music then you’re out of luck here.

The Q1100 has 8GB of on-board storage which can expanded to 32GB via micro SD card.

Non-expandable storage of just 11.92 GB in Moto G might be a deal-breaker for some. Just keep in mind that it supports pen drives of up to 32 GB via USB OTG. 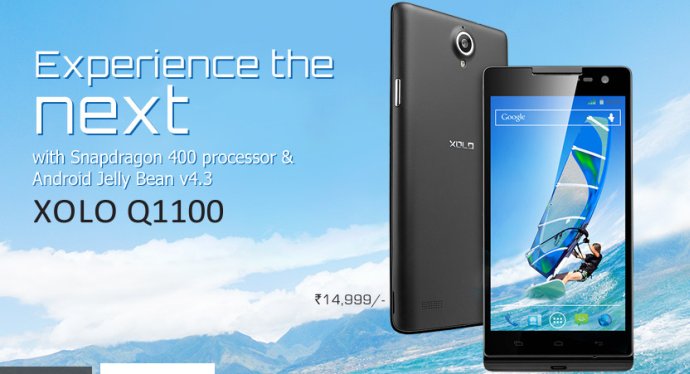 This comparison of Moto G vs Xolo Q1100 is very interesting as most of the specs. are almost same. The other one is display resolution and screen technology. Both of these phones have HD IPS LCD displays with the screen size as the only difference.

If you are not crazy about owing a phone with a larger display then this difference counts. Watching movies and reading text on the Moto G will be a much better experience than on the Xolo Q1100.

The Moto G also comes Gorilla Glass 3 which protects the display against the scratches from everyday abuse. In my opinion this is not of much use as it is just scratch resistant and not scratch proof. Also, most of us install a good quality screen-guard on the display for the protection against scratches.

I would therefore advise you to get a screen-guard installed before you start bragging about your new phone.

The camera is something whose performance cannot be predicted without actual usage. Anyway, we’ll tell you what we know.

The 5MP camera on the Moto G is good for taking outdoor shots in the broad daylight. It also does 720p video recording which is good for a branded phone at this price point.

The 8MP snapper on the Q1100 also records videos at 720p. It can also capture more details than the 5MP camera on the Moto G but nothing can be said about the image quality before testing it.

Both of these phones have similar processors (with a slight difference in clock speed) and also have same resolutions to render. This will be equally taxing on both the phones hence we can safely ignore this point out of equation.

So keeping the display size (4.5 vs 5 inch) and battery capacity (2070 vs 2000 mAh) into consideration we declare the Moto G as the winner here.

In the end it all comes down to personal choices. If you can’t live with limited storage and want more detailed images then you should pay ₹1k extra and get yourself Xolo Q1100. Whereas, if you want a branded phone then you know what to buy.

If you are using any of these phones then please share your experiences in the comments. They will be very useful to our readers.

Which phone would you buy?